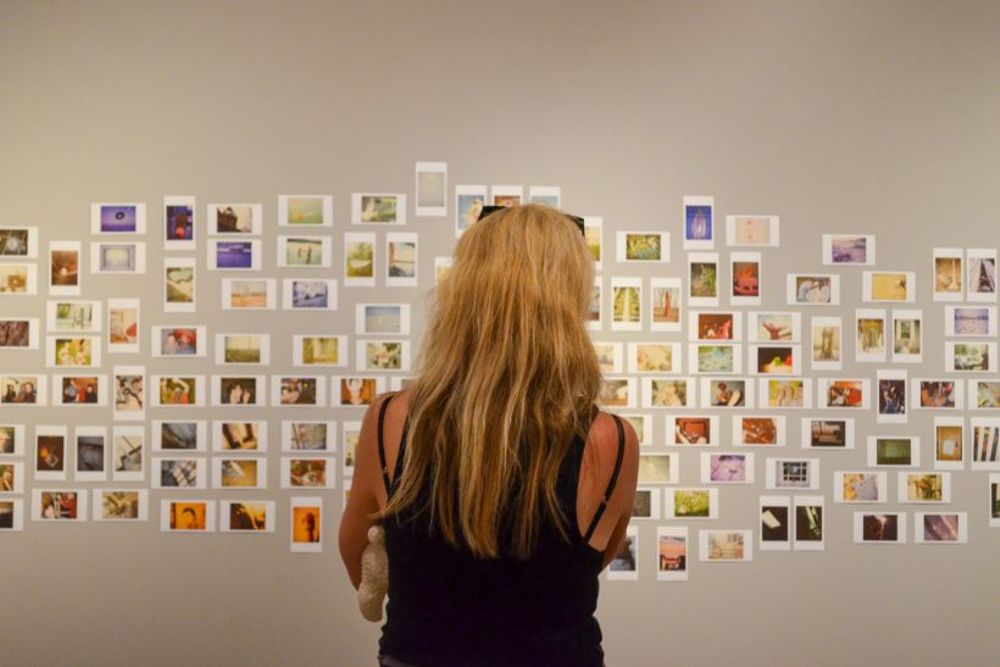 Cited as one of the largest photographic journals ever organized in Poland, an exhibition devoted to â€œinstant photographyâ€ has delighted both the general public and the artistic community of the country.

Held in the GdaÅ„sk Photography Gallery, a sub-branch of the GdaÅ„sk National Museum, the exhibition features over 2,000 photos taken over the past 50 years.

Entitled “Archives in a Flash: Instant / Instax in Poland”, the exhibition is the result of a decade of research by curator Witold Kanicki.

Often stored and long forgotten in messy boxes kept in damp basements or in the darkest recesses of an artist’s studio, the photos took 10 years to come together.Jan Dzban / PAP

â€œTraditionally, Polish curators, historians and critics have not paid much attention to instant photography, at least not in the same way as more Western countries,â€ Kanicki told TFN. â€œBut the Polaroid photographs of cultural figures such as Nobyoshi Araki, Robert Mapplethorpe and Andy Warhol are a true example.

“Add to that the fact that the history of contemporary art is often concentrated on the fringes, I thought an instant photography exhibition would do just fine.”

Beginning his research 10 years ago, Kanicki looked “beyond the traditional history of the medium” to find Polish photographers who used instant film. In the process, the curator unearthed a vein of little-known treasures, often stored and long forgotten in messy boxes kept in damp basements or in the darkest recesses of an artist’s studio.

The photos offer a fascinating glimpse into a country shaped by a ruthless totalitarian regime – that these images are ascetic, imperfect, and devoid of any post-production technique only serve to fuel the atmosphere of the era, offering the viewer a window to the past that seems almost surprisingly vivid. Waclaw Nowak

â€œOur political and economic history has made this type of photography quite exotic in the past,â€ he says. â€œEven so, I think instant photography has been overlooked – especially by those working in the arts – due to the hobbyist nature of cameras.

â€œThey were basically created to satisfy non-professional family photographers, and this clashed with the idea that professionals would have to use expensive high-end equipment and then process their photographs in a traditional darkroom.

“In addition, a false impression exists that instant photography equates to poor quality.”

This exhibition, Kanicki hopes, will restore the balance when it comes to our relationship and the critical acceptance of instant photography.

â€œSome are amazing,â€ says Kanicki. â€œFor example, Polaroids from the mid-1970s taken by WacÅ‚aw Nowak are of better color quality than those from the same period taken using film. You would think that some were only taken recently.

It is to these images from the PRL years that Kanicki attaches the most importance and, in addition to the works of Nowak, the curator also highlights the works of Ryszard Bobek and Teresa GierzyÅ„ska.

The huge bank of photos taken by a collective in PoznaÅ„ called the Minilabists are fun and quirky and underline the â€œfestive characterâ€ of snapshots.Minilabists

With Polaroid cameras considered an untold luxury, they were often only released for the most special occasions: baptisms, confirmations, weddings, and vacations.

GierzyÅ„ska, however, has turned his camera to more everyday events, and his photographs provide a compelling interior view of everyday life during the height of communism – in the blink of an eye, a man sorts through his food stamps while ‘a hard-boiled egg rests in front of him; in another, his daughter consults the Western press.

Curator Witold Kanicki said: â€œThe mid-1970s Polaroids taken by WacÅ‚aw Nowak are of better color quality than those of the same era taken with film. You would think that some were only taken recently.Waclaw Nowak

Taken together, these offer a fascinating glimpse into a country shaped by a ruthless totalitarian regime – that these images are ascetic, flawed, and devoid of any post-production technique only serve to fuel the atmosphere of the times. , offering the viewer a window into the past that seems almost surprisingly vivid.

â€œIf people left with just an awareness of the specificity and political significance of instant photography in Poland, then I would be happy,â€ Kanicki says.

Admittedly, this is one of the undercurrents of the exhibition, and it is not without irony that we realize that it is with a Western technology which is difficult to find (ie the Polaroid) that the very visual culture of the Eastern Bloc has been so faithfully captured.

However, this exhibition is more than a simple dive into the PRL, a point underlined by Kanicki: â€œI chose images which, in my opinion, would show the complex history of instant photography in Poland, therefore the aesthetic values, political, historical and narrative were all important.

This approach is manifested in other sections of the exhibition where, for example, visitors can look at “photographic notes” taken to serve as reference points by people like Wajda (who used them on his film sets). as well as artists such as PaweÅ‚ Althamer and RafaÅ‚ Milach.

As far as the latter is concerned, his “travel diaries” taken in Belarus have a bewitching and ethereal quality that seems suspended in time.

There is no doubt about the flexibility of the medium, and along the way, viewers can browse sensual photos of the pop phenomenon Doda taken by Bartek Wieczorek or the huge bank of photos taken by a collective from PoznaÅ„ called the Minilabists – fun and original. , says Kanicki, emphasize the â€œfestive characterâ€ of instant photographs, while the works of Leszek Brogowski and RafaÅ‚ Kucharczuk lead us to reflect on their â€œexperimental and even abstract potentialâ€.

Unexpected joy, this is an exhibition that breaks new ground to offer a unique retrospective of Polish photography – whether it does so while simultaneously delivering intriguing documentation of everyday Polish life is one more feather in its hat.

â€œSince these types of images are overlooked by historians, I’ll be happy if visitors leave remembering certain names and photographs,â€ Kanicki explains. “Of course, I’ll also be happy if people go out and get inspired to buy their own instant cameras.”