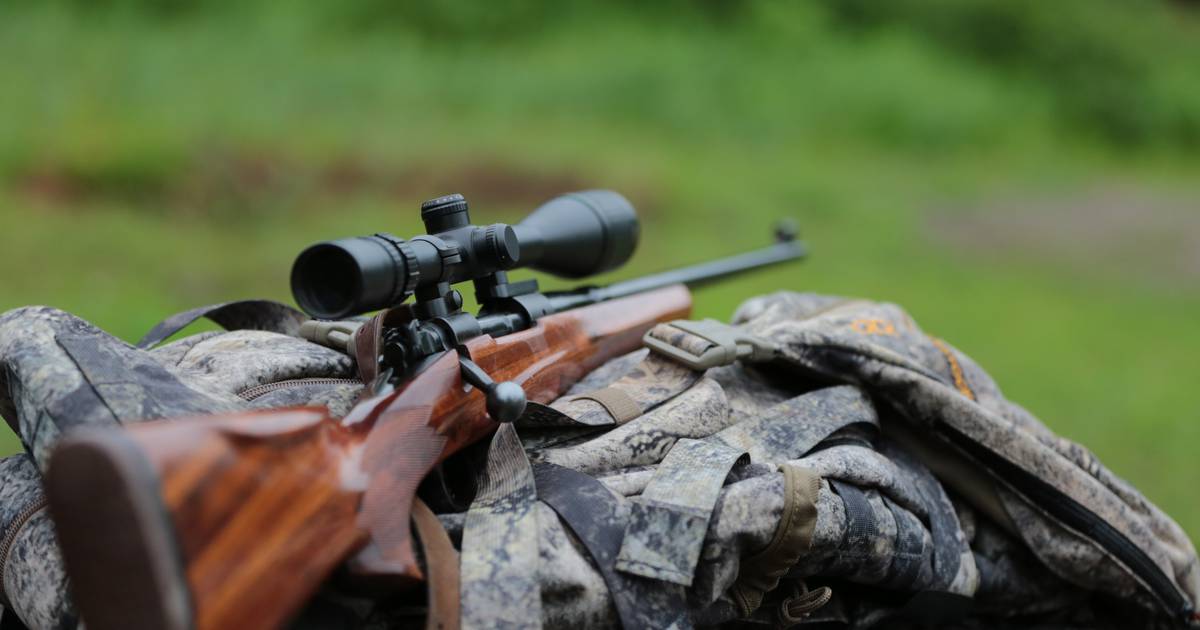 Amidst the tangle of rifles and shotguns stacked in the old oak gun cabinet, the hooded front sight of the old long-barreled Winchester stood out and made me smile and constrict my throat.

The old rifle had all the features that new-age hunters seem to despise. A long barrel, iron sights, blued and machined steel, a walnut stock, a scope with no outer dials and a small 40mm lens, and chambered for a caliber that burns a lot of powder.

It was designed by Winchester in 1958, perhaps coincidentally the year I was born, when Winchester introduced a series of belted magnum cartridges based on a shortened version of the original .375 Holland and Holland cartridge. .

The rifle in the gun cabinet was built in 1962, a year after Harry Swank won Dall’s sheep world record with his twin, a Winchester Model 70, chambered for the .264 Winchester Magnum. The record stands today.

I would have liked to ask dad if he knew the Swank sheep and if it influenced his decision to buy the rifle at a time when he was very poor, had three children to raise with cows, pigs and chickens on a solid farm. Although I doubt he imagined hunting in Alaska, let alone living there.

The older you get, the more questions you wish you had asked. I remember the rifle was always part of the scene growing up and hunting with Dad.

A few Sundays every summer, Dad and his buddy Eddie would go out and shoot the gophers that infested the local pastures. Most of the time they used .22 rimfire rifles or heavy barrel rifles chambered for .22 and 6mm hot centerfire. In pastures that allowed safe distance shooting, they killed vermin at four or five hundred yards.

Once or twice on those gopher safaris, Dad and Eddie would pull out their .264s and make a spectacular shot, always beyond 400 yards. As I grew older and was more exposed to the shot they were making, I realized why they were always good game shots.

One winter day, I couldn’t have been more than 6 years old, dad took me for a drive on a cold and bright Sunday afternoon. His .264 sat on the seat between us. We would stop periodically and Dad would look across the windswept prairie to the snow-blown fences.

Putting down his binoculars and opening the truck door, Dad said, “Cover your ears.” He put a jacket on the hood and put the rifle on the jacket. A moment later, the mouth blast shook the truck and he said, “stay put, I’ll be right back.” A few minutes later, he returned holding the red fox who had fatally decided to take a nap along this fence.

It would take me a few years before I could read well and start seriously studying the world of firearms and hunting. When I made it, I figured I’d get a .264 Winchester Model 70.

Winchester had dubbed the rifle the “Westerner” when they marketed it to hunters who roamed the wide open spaces of the American West.

It could be argued that the .264 Winchester Magnum was the best medium to long range big game cartridge ever developed. That’s ballistically, if you go by what the cartridge can be loaded with, and not the ridiculously bogus numbers used to describe its ballistics today.

But, it’s funny how the gun world suffers so much from hype and pretense in advertisements and scribes having nothing better to do.

Among the things that made the .264 all but disappear was the profession of gun writers that the gun would “burn out a barrel” before you even got used to the rifle. Not true.

Like any large case, small caliber cartridge, erosion of the barrel throat is accelerated. But proper maintenance and cleaning and not firing the rifle like a machine gun will see a bore that remains accurate well beyond 1,500 rounds. We should be so lucky to burn a barrel anyway. That means you pulled a lot, so what.

The goal is to check around before taking what you read to heart. I finally bought my first Winchester Model 70 pre-64 in .264 in the mid 1970s. Dad and I hunted Alaska with our .264s and never used more than one shot for almost all the big Alaskan game.

By the mid-1980s I had become at least proficient at stocking and squaring, and Dad asked me to build him a stock to replace the one he had put on his .264 in the 1960s.

It took me about a year to build the stock, and it convinced me that I didn’t have the talent to viably pursue a career as a stock builder. Dad had never been very sentimental about guns. Our family never had a lot of money and certainly not enough to buy and keep all the guns we wanted to try.

Guns came and went, and over the years Dad’s inventory changed a lot. Except that damn old .264. When I went down south to hunt with him, I always looked at his gun cabinet, each time it was different, but the .264 was still there.

It had been several years since I had gone hunting with Dad before he died. I didn’t know what weapons he had. With the exception of a couple he told me he bought recently – I loved that at 84 he was still trying out new guns.

It was with some trepidation that I went to see the guns that Eddie, his lifelong partner, had kept safe when Dad died. The gun I wanted to see the most was that old .264, and when I saw it among all the others, it was like a family member was still there with us.

Firearms have been, since the days of matchlock firearms, a treasured heirloom passed down through generations. They are one of the few things that can be used practically as long as the family tree grows. I doubt I’ll hunt Dall’s sheep again, but I’ll probably hunt deer, and when I do, I’ll have the old rifle, and it’ll be the best way to honor the life I owe my father.