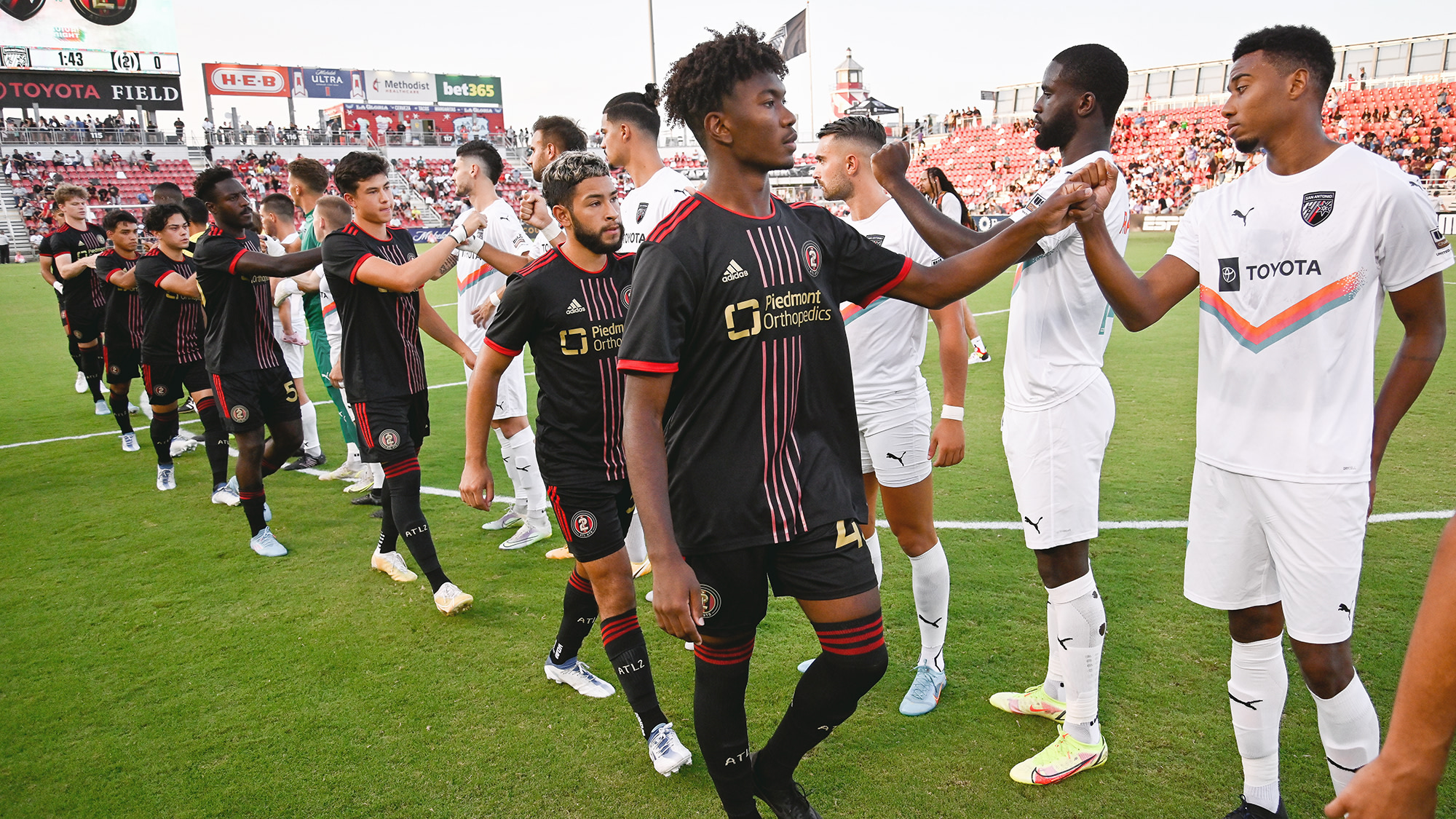 Atlanta United 2 lost 5-0 to San Antonio FC at Toyota Field on Saturday night. Vicente Reyes made a career-high nine saves in the game.

Sam Adeniran opened the scoring for the night, taking a 1-0 lead for San Antonio in the 13th minute. A floating ball from Mohammed Abu was cleared by the Atlanta defense but only to Connor Maloney, whose square pass found Adeniran’s feet. The striker dribbled into the box and opened his hips to find the back of the net with his left foot.

The hosts were awarded a penalty after Nigel Prince shoved Patiño from behind in the box. The Colombian fired his penalty shot into the roof of the net to make it 3-0.

Adeniran scored his second goal in the 52nd minute, firing a looping header from a diving Reyes after hitting the end of Mohammed Abu’s cross from the left side.

Luke Brennan was close to scoring with his first touch of the game as a substitute in the 57th minute. David Mejía drove to the touchline on the left wing and crossed a ball for the 17-year-old, which the young striker stole towards goal. The shot forced a smart save from goaltender Jordan Farr.

Another penalty was awarded to San Antonio in the 69th minute after Reyes knocked PC down in the box. Justin Dhillon fired his shot over the bar.

Dhillon made up for his missed penalty by scoring the game’s fifth and final goal, burying a left-footed shot from a tight angle in the 88th minute.

Fires erupt around London as UK records hottest day ever