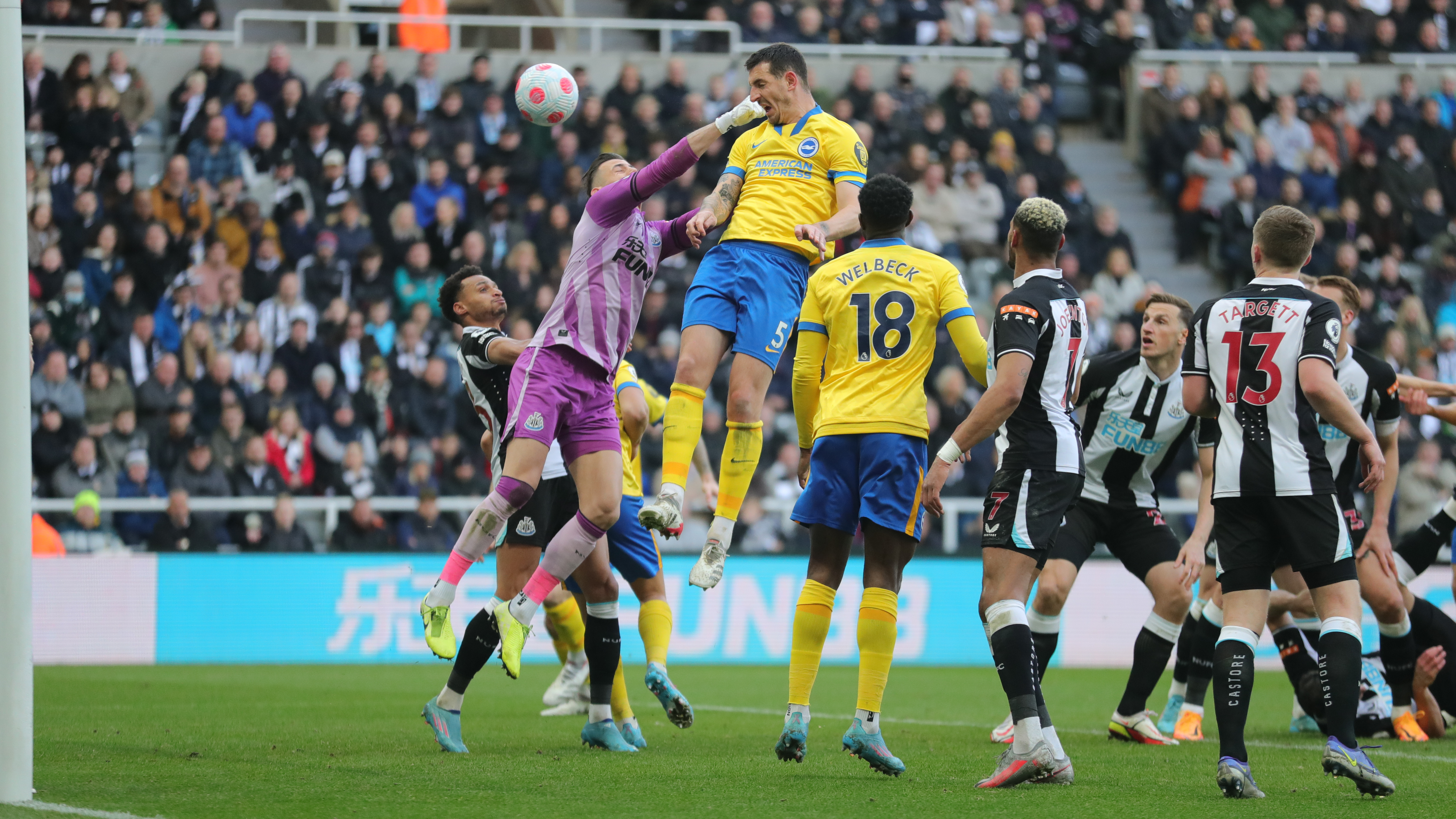 Albion suffered four successive Premier League defeats for the first time since 2019 despite a second-half fightback at St James’ Park.

Resurgent Newcastle extended their unbeaten streak to eight games after early goals from Ryan Fraser and Fabian Schar set them up for a first Premier League victory against Albion in ten attempts.

Lewis Dunk brought the visitors back into the game ten minutes into the second half and the skipper nearly scored again with another header as Albion looked to equalise. Leandro Trossard was also close but Newcastle hung on to claim their first win of the season against a side in the top half of the table early in the game.

Albion had started the match well, after Fraser tested Sanchez with an early volley.

Shane Duffy missed a big chance when he failed to get a clean connection from Pascal Gross’ corner before Danny Welbeck eyed another free-kick from the German midfielder from just short.

But the mood inside St James’ Park changed dramatically as home fans celebrated two goals in as many minutes.

Fraser opened the scoring in the 12th minute, flying home after Jacob Murphy burst onto Chris Wood’s pass, sprinted into the box and cashed in his shot on Sanchez. The ball came back from the post but straight towards fraserwho scored Newcastle’s first Premier League goal against Albion at St James’ Park.

The second came two minutes later when the defender Schar met Fraser’s corner at the near post with a powerful header which Sanchez also got an assist but couldn’t prevent.

Albion responded impressively. Steven Alzate, on the pitch where he made his Premier League debut, saw a shot from close range blocked and in the 28th minute Tariq Lamptey popped up and found Welbeck, whose shot was saved by Martin Dubravka.

But before the break, Newcastle could still have scored. Dan Burn had his head in his hands after nodding into Fraser’s corner at the far post, then Albion fed the ball deep in his own half, but Murphy fired straight at Sanchez.

Albion returned to the game ten minutes into the second half when Soak beat Dubravka to the inswinger from Gross to drive towards an empty net from close range.

The home crowd were on edge and Graham Potter mixed his pack on time by introducing top scorer Neal Maupay and Solly March. Emboldened by his first goal of the season, Dunk came close to scoring a second in the 70th minute when Dubravka rushed to his right to prevent another close-range header.

Albion kept pushing. Dubravka fell gratefully on Leandro Trossard’s well-struck low shot after Solly March clipped the ball before Newcastle, relying on Alain Saint-Maximin’s speed, had a chance at the break but the Frenchman’s shot was blocked by Dunk.

Sanchez came on for an attack deep in stoppage time, but Newcastle hung on.