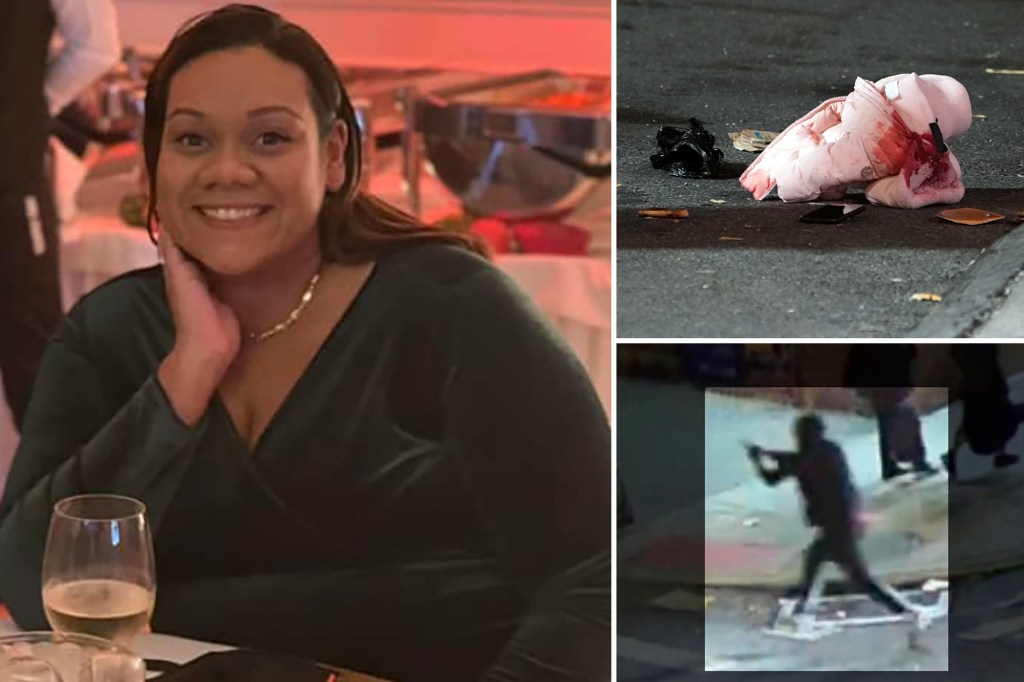 The Bronx mom whose baby was hit in the face overnight by a stray bullet returned from the hospital with good news Thursday morning that her daughter will survive.

“She’s stable,” Miraida Gomez, 32, told The Post as she walked into her East Bronx apartment.

Gomez’s 11-month-old daughter Catherine, whose birthday is Friday, was shot in the left cheek around 6:45 p.m. Wednesday while her mother was parked near the intersection of East 198th Street and Valentine Avenue, previously reported law enforcement sources told The Post. .

Video released by the NYPD on Thursday shows the shooter, whose bullet hit the child, wildly firing shots near the intersection as he chased a target.

Gomez’s husband, Louis Ortiz, said the family had “been up all night” as doctors at New York-Presbyterian Weill Cornell Medical Center in Manhattan worked to save Catherine’s life.

The couple declined to speak further about the incident and as they closed the door to their apartment, Gomez was heard bursting into loud, muffled sobs.

” I can not believe ! Ortiz’s sister Nancy, who lives across the hall, told the Post.

“Catherine is just learning to walk. She took her first steps. »

William Rivera, the superintendent of the building and friend of the family, said the couple had two other children, girls aged 8 and 9.

During a press conference from the scene Wednesday night, NYPD Deputy Chief Timothy McCormack said cops found Gomez cradling Catherine when they arrived at the scene.

“It’s totally unacceptable in our city for an 11-month-old to be shot,” McCormack said.

“If tonight wasn’t a wake up call, then I don’t know what will wake us up. It is unimaginable for this to happen in our city,” added Mayor Eric Adams, who stopped at the scene to speak to reporters.

The shooter has not yet been apprehended. Cops say he is an adult male of average build, last seen fleeing the scene in a gray four-door sedan.