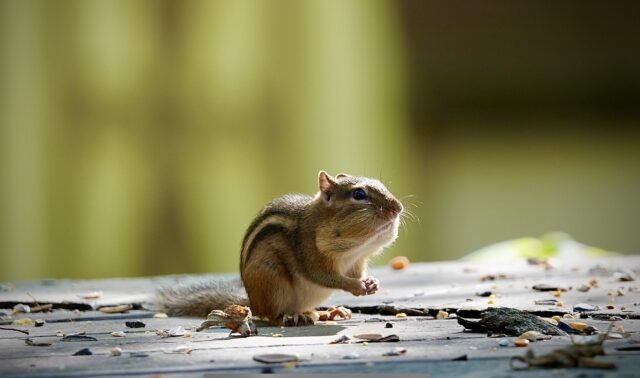 Photo Cut Line: A chipmunk photo from Rockdale resident Antonio Joseph at Hammel Woods in Shorewood won the October portion of the Preserve the Moment Photo Contest in the County of Forest Preserve District. Will. The photo will be one of eight finalist photos vying for overall competition honors – and prizes – in January. (Photo courtesy of Antonio Joseph)

Rockdale resident Antonio Joseph’s close-up photo of a chipmunk won the October portion of the Forest Preserve District Preserve the Moment Photo Contest in Will County.

The charming chipmunk from Hammel Woods in Shorewood appears to be staring into the distance in the photo, possibly worrying about the winter ahead. The close-up view shows the chipmunk’s whiskers, sunny ear, hind legs, and fingernails ready to dig and run if need be.

Joseph said he was still new to photography. â€œI bought my equipment for the video and found myself doing this (pictured),â€ he said in an email after being told of his victory. “I’ve only been doing this for a month.”

He said he needed a zoom to get the close-up view he wanted. â€œI was able to catch it with the zoom I just bought,â€ Joseph said. â€œFortunately I have a 600mm lens so I was able to take this shot up close. “

Honorable mentions for the month of October were awarded to:

All photo contest entries can be viewed at Flickr.com/WillCoForests. The contest will continue with monthly winners until December. Monthly winners will compete for honors in the competition in January 2022 via a public vote on the district’s Facebook page.

Entrants receive a participation gift, monthly winners receive a $ 75 Visa gift card, and contest winners will receive $ 500 first place gift cards; $ 250 for second place; and $ 150 for third place. The awards are funded by the Will County Nature Foundation.

Photos must be taken by amateur photographers 18 years of age or older, and must be taken at a Will County Forest Reserve on or after the contest start date. For more information, visit ReconnectWithNature.org.