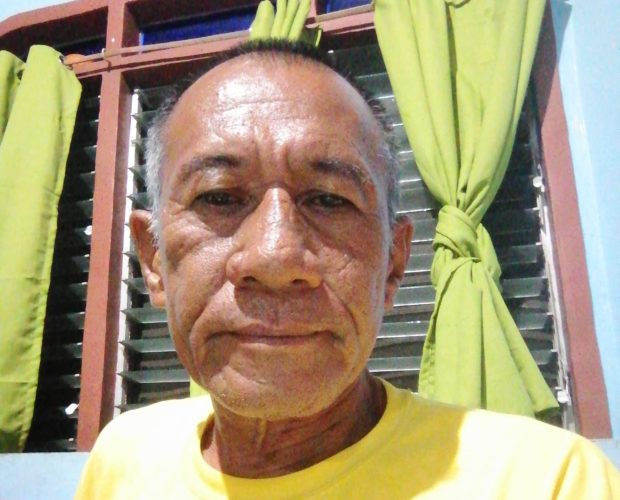 COTABATO CITY––Police are searching for the suspect who shot and seriously injured a village president in the town of Midsayap, Cotabato.

The victim miraculously survived but with gunshot wounds to his thighs and back, Midsayap City Police Chief Lt. Col. Rolly Oranza said Monday.

Nestor Rabara, chairman of Barangay Lower Glad, Midsayap, suffered multiple gunshot wounds after an unidentified person shot him on Saturday May 21 while dining at his home, Oranza said.

Rabara is the younger brother of Manuel Rabara, an elected member of the Cotabato Board of Directors.

He was having dinner at his home in Purok 2, Barangay Lower Glad at 7pm on Saturday when a man, who peeked through the windows of his house, shot him.

“The shooter immediately fled on a motorbike,” Oranza said. Witnesses described the suspect as being of average height, wearing a bull cap and face mask.

Elder Rabara, who was once the town’s mayor, said his brother had no known enemies and was much loved by the people of Barangay Lower Glad. He also had no armed escort.

Oranza said the village official was first shot in the thigh, fell from his chair and crawled to cover, but the gunman fired more shots before fleeing .
Relatives and neighbors rushed him to hospital.

Police found spent cartridges for a 45 caliber pistol at the crime scene.

Oranza said police investigators were considering several possible motives for the attack, including the various land disputes that Rabara helped settle in the village.

President of the village of Cotabato, tanod killed in an ambush

President of the village of Maguindanao, 3 others die in an ambush in Cotabato