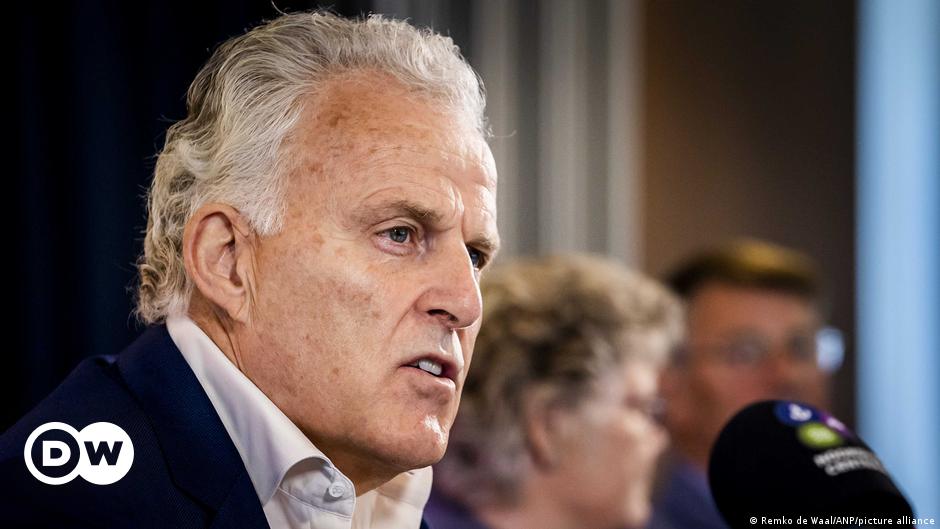 De Vries, 64, was taken to hospital in seriously injured condition. He had been on a live television show, where he was a regular guest, and was filmed near RTL studios.

What we know about the shoot

Police said three people were arrested, including the suspected gunman, but gave no details of possible reasons for the attack.

Unverified images shared on social media showed de Vries lying on his back with blood on his face; according to witnesses quoted by the public channel NOS, he received up to five bullets, including one in the head.

“A journalist with extraordinary courage”

Amsterdam mayor Femke Halsema told reporters the investigative journalist “was fighting for his life”. Halsema called de Vries a “national hero for all of us, a journalist of extraordinary courage”.

“This is an attack on a courageous journalist and by extension an attack on press freedom, which is so essential for our democracy and the rule of law,” Rutte said.

Justice Minister Ferd Grapperhaus spoke of a “dark day”, both for those close to de Vries and for press freedom.

King Willem-Alexander and his wife Queen Maxima shared a message of solidarity on Facebook, stating that “journalists should be free to do their important work without threats.”

In 2019, de Vries wrote on Twitter that he had been informed by police and justice that he was on the list of felons.

According to NOS, de Vries had recently acted as an advisor and confidant to a state witness testifying against an alleged drug leader, who was extradited to the Netherlands from Dubai in 2019.

Who is de Vries?

One of the Netherlands’ most prominent journalists, de Vries is widely known for his fearless reporting on the Dutch underworld.

De Vries’ recent work has included investigations into the disappearance of Tanja Groen in 1993; this press conference, offering a large reward for information shedding light on the case, took place on June 23

From 1995 to 2012 he hosted a very popular Dutch crime TV show which covered high profile cases.

De Vries is also known for his investigative work following the 1983 kidnapping of beer mogul Freddy Heineken. A novel he later wrote regarding this case was adapted for the screen in the 2014 film “Kidnapping Freddy Heineken” starring Anthony Hopkins.

He won an International Emmy Award in 2008 for a television show he directed about the disappearance of American teenager Natalee Holloway on the Caribbean island of Aruba in 2005.