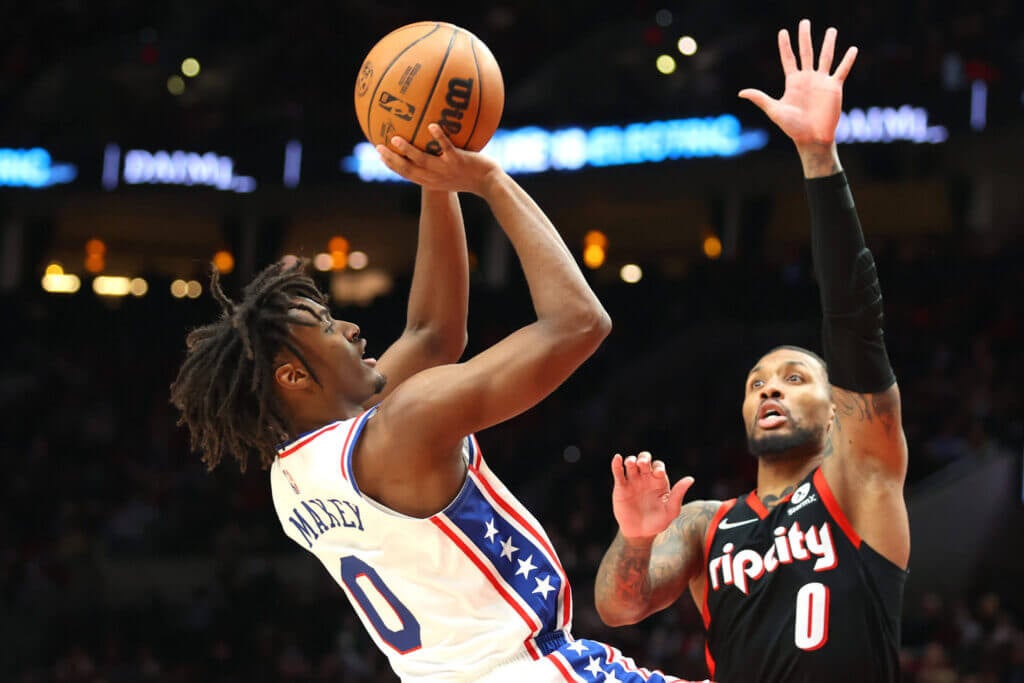 PORTLAND, Oregon – After beating them shorthanded a few weeks ago in Philadelphia, the still shorthanded Sixers fell to the Portland Trail Blazers in the Pacific Northwest on Saturday night. Here are five observations focused on the Sixers of the 118-111 loss.

I thought Doc Rivers got my general take on what happened in the first response to his post-match press conference.

â€œI don’t think we attacked them,â€ Rivers said. â€œFunny, we shot 51 percent (from the field) but I don’t think we had a smart offensive night. This game was really all about making 3s. It’s a league to be avoided. I think we look good overall. (But) I thought we should have had more.

If you looked at the stats sheet and took stock of that 51% shots without watching the game, the natural assumption would be that the Sixers’ offense wasn’t the problem. Their offensive rating for the whole night was 115.6 according to Cleaning The Glass, which is an above average safe night. The Sixers shot the ball well, they took care of the ball and they got to the free throw line.

But in a game where officials let a lot of contact happen, there were stretches where the Sixers didn’t perform against Portland’s aggressive plan. Between the first and the second quarter (14 minutes, 45 seconds), the Sixers managed only 17 points. Part of that drought involved missed shots – Rivers’ patented â€œcatch-up leagueâ€ has been mentioned – but the Sixers also didn’t execute.