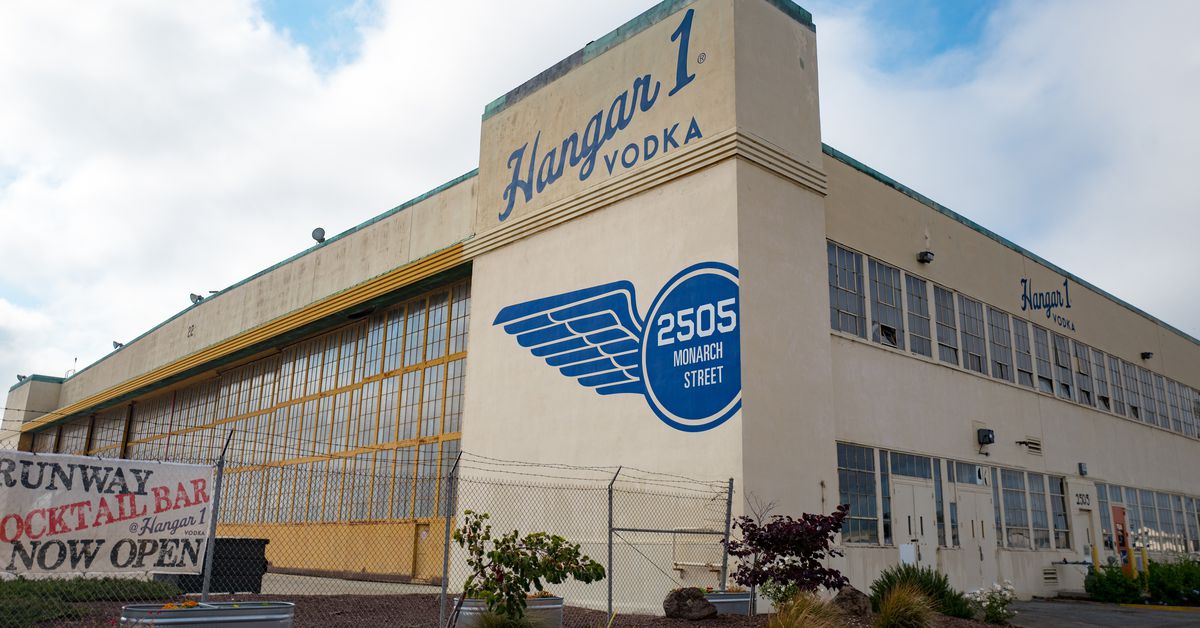 Hangar 1 vodka distillery has announced plans to close its Alameda-based plant. The beloved local tasting room is also set to close its doors as of December 18, the San Francisco Chronicle reports. It’s not quite the end for the company, as a rep said the company will move production to an unnamed partner distillery in the Bay Area, but it’s the end of a Era: The business has taken up space on the Bay Area island since its start in 2001, opening a tasting room in 2017 with sweeping views of the San Francisco skyline and the Golden Gate Bridge . The the Chronicle points out that the company name takes the name of the old airplane hangar where the vodka is made, but there are still unanswered questions about whether the company will rebrand in the future.

“This has been a difficult decision for the team, but unfortunately it is necessary to meet the changing needs of the business,” Hangar 1 spokeswoman Marissa Sturm said. the Chronicle. “Hangar 1 vodka will continue to be made at our partner distillery in the Bay Area, using the same production methods and ingredients.”

Employees of Fleming’s Prime Steakhouse were struck by lightning as a drive-by shooting took place Monday afternoon at the Stanford Mall, KVTU reports. Two shots were fired around 4.30pm, but one bullet is known to have hit the building where Fleming resides, hitting a large restaurant window. No one was injured, despite staff and customers being inside the restaurant at the time. No suspects have been arrested. Palo Alto police said they plan to increase patrols in the popular mall.

A new restaurant is in the works for the Mission District, and the owners of Gemini Bottle Co. and Subject to Change Wine Co. are teaming up to take over the space at 2845 18th Street, the San Francisco Business Times reports. Former Rich Table wine director and Gemini Bottle Co. owner Dominique Henderson and winemaker and Subject to Change Wine Co. co-founder Alexander Pomerantz have applied for a restaurant liquor license under the Bar Gemini entity. The 18th Street location is located next to Osito and Liliana, on the ground floor of the Madelon apartment building.

A new hotel is gearing up for opening and is already teasing details of a new rooftop bar and all-day cafe set to debut in December, as Palo Alto Online reports. Palo Alto graduate opens his sixth-floor rooftop terrace, president’s terrace, restoration of the garden, installation of an outdoor fireplace and preparation of the space for cocktails, natural wines and “seasonal bites”, including brunch, as well as plans for weekend brunch and the “rooftop yoga” after opening. Lou & Herbert’s is an all-day café with pastries from Manresa Bread and breakfast, before transforming into a place for beer, wine, cocktails and “bites to share”.

As Palo Alto Online points out, the change has been considered controversial as the former President Hotel was previously a landmark 75-apartment building before City Council approved conversion to a 100-room hotel in 2020.


Register to receive the newsletter