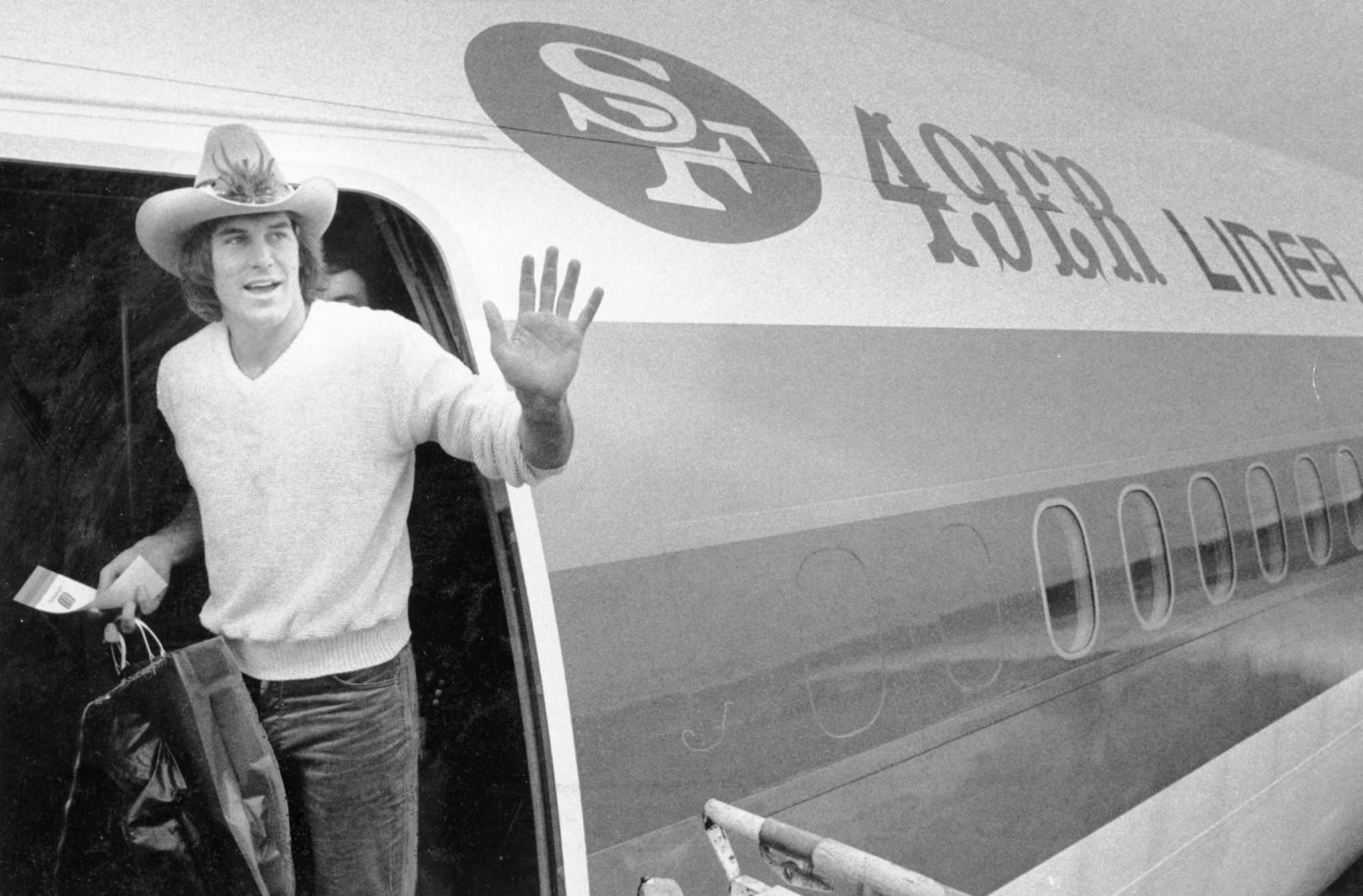 When the football gods decided to bestow eternal glory on an athlete with a random moment of triumph, they chose the right guy in Dwight Clark.

Clark embraced this moment the rest of his life. Most importantly, he shared it. Each of the millions of fans who have approached Clark over the decades to gush out of The Catch have been treated as if they were the first.

A less graceful person might have finally cracked. Look, my friend, I’m not the 49ers version of Rudy. Did you know I caught a few more assists?

Indeed. In that 81-season, Clark led the 49ers with 85 catches for 1,105 yards. In the next game, the Super Bowl, he caught four assists. The following season, Clark led the NFL in receptions. Over his nine-season career, Clark caught 506 passes for 6,750 yards, 13.3 yards per catch. Frank Gore has a term for players like Clark: Baller.

You could argue that without Clark, the whole Bill Walsh crazy experiment won’t get off the ground.

Yet what many fans remember about Clark’s career is The Catch. But if you stopped Clark at an airport or rushed into his meal at a restaurant to tell him what The Catch meant to you, he would thank you with a bright smile and a gracious thank you.

I didn’t cover the 49ers during Clark’s career, but I got to know him in the later years of his life, mostly meeting him in Warriors games. At first I wondered why he was so nice to me, a guy never involved in the 49ers’ glory days. It was like I was her boyfriend. I finally understood: that’s how he was with everyone. He loved people, he cared about people, and he had a laid back charm that came out of his ears.

In his senior year, Clark hosted a lunch each week with different groups, mostly former teammates. One of those encounters was with sports journalists he had been friends with over the years.

Clark was a very good storyteller. For a few hours, his stories, his memories and his laughter flowed freely. He hilariously shared how he came to wear a gaudy fur coat on the 49ers’ first Super Bowl victory parade.

It wasn’t his coat, Clark explained, he was wearing it as part of some sort of promotion, and he was upset at how old-fashioned and overdone it looked.

But that fur coat was like her moment in time, The Catch. He didn’t ask for it, but he wore it beautifully.

â€¢ Both teams are not lacking in motivation in Sunday’s 49ers-Rams game in Los Angeles. The Rams wouldn’t hesitate to take the 49ers out of the playoffs, especially after George Kittle’s comments that the 49ers own the Rams because they pass them. Deebo Samuel has a problem with Aaron Donald, and Donald must be embarrassed that he was ordinary against the 49ers. Jimmy Garoppolo, in his last regular season game for the 49ers, would love to engrave “6-0 against the Rams” on the gravestone of his 49ers.

â€¢ I won’t say that Kyle Shanahan’s play this week regarding his starting QB was a waste of time, as it probably made Shanahan feel like he was playing from all angles. But the Rams ignored it all and braced themselves to face Garoppolo and / or Trey Lance. That said, I’ll give Shanahan credit for confusing the Rams if his starting QB is Robbie Gould.

â€¢ If hanging onto the rim after a dunk, swinging into a 180 degree Tarzan turn and throwing back to the free throw line becomes an Olympic event, Gary Payton II will be a gold medalist. In the meantime, wouldn’t he be a great role player on the US Olympic basketball team?

â€¢ Warriors need a big man for temporary duty until James Wiseman is ready? On Thursday, the Bucks cut off a big veteran, a day after scoring 15 points and 10 rebounds in 20 minutes. Yes, DeMarcus Cousins â€‹â€‹is available.

â€¢ Will the Nets go for it all the way, aiming for a weak seed for the playoffs so they can open every playoff on the road, where Kyrie Irving can play?

â€¢ The NFL instituted a new combine rule, prohibiting team officials from asking certain questions of potential rookies. Now teams will have to find another way to determine a player’s sexual preference or whether their mother is a prostitute.

â€¢ Underrated Sports History of the Week: Jeremy Faison, a Republican member of the Tennessee House of Representatives, tried to crack a basketball umpire. Faison attended his son’s basketball game between two Christian high schools. After a skirmish between the players, Faison charged onto the field, confronted a referee and attempted to remove the referee’s pants. Didn’t undo the culture go too far when trying to undo a referee’s pants?

â€¢ Please do not report this incident to Draymond Green.