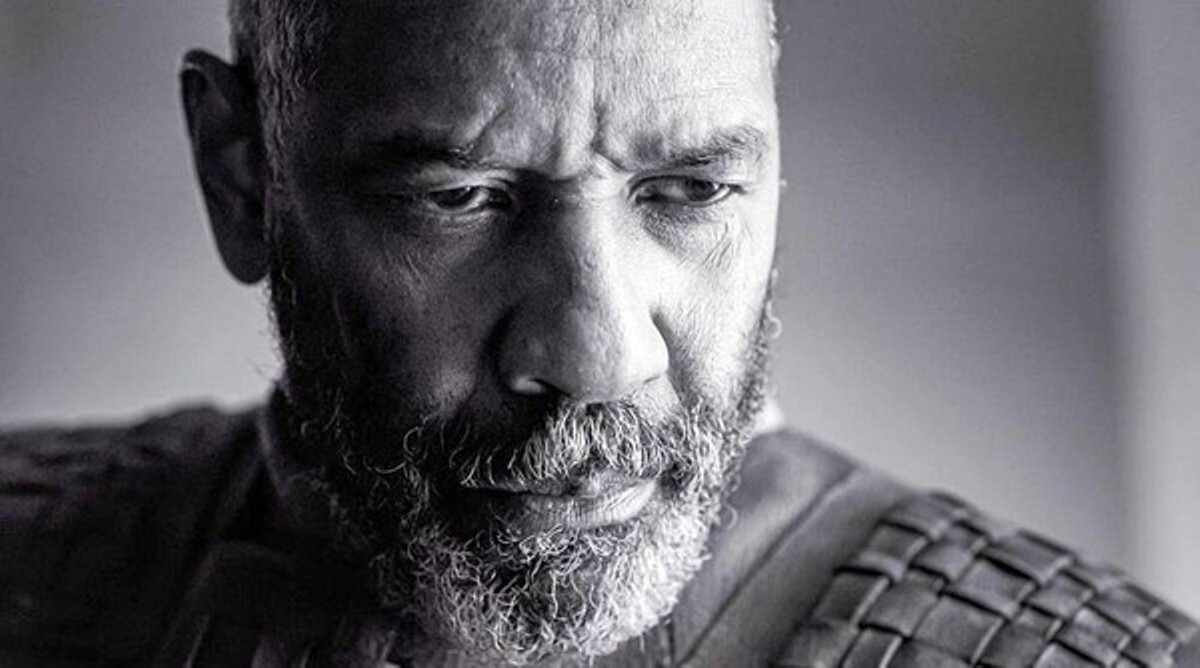 Cutting Shakespeare’s play down to its most basic parts, Joel Coen Macbeth tragedy is a lavish and purposeful exercise in minimalism executed from a place of experience and taste.

With an air of efficiency giving a certain opacity (as is often the case in many collaborations with his brother Ethan, who is absent here), the project doesn’t bear many obvious markers of personnel, even if it puts featured his wife (Frances McDormand, capping off a refreshingly good year). But with its themes of destiny, of ironically dosed retributive justice, of pride and scrabbling, of dubious ambition, it resonates in his common work and more widely nevertheless.

Much of what Coen is talking about here appears to be a cooking exercise, working with cinematographer Bruno Delbonnel (Amelie, The French Dispatch) and decorator Stefan Dechant to give The tragedy a sharp and intensely deliberate gaze. Centering his compositions in a symmetrical way – as in his flagship work with Jean-Pierre Jeunet, Amelie – Delbonnel’s subject matter here is much less sweet, spotlighting sparsely furnished castle halls and bedrooms opposite distant cabins that seem to float on seas of grass and mist. Channeling Orson Welles’ leaner scrappier and, by vision and necessity, a more suggestive black-and-white adaptation, Coen’s aesthetic feels clean, tidy and compressed here, devoid of any trace of shagginess and eschewing the pride of its casting in its orientation.

But in this largely familiar montage, there is still some tinkering: a character (played with reckless inventiveness by Kathryn Hunter) seems to take the place of three witches (it’s complicated); rolling soundscapes create a barren landscape, the contours of which change with the minds of its inhabitants; and a procession of splendid performance and clever flourishes impart a varied sense of ingenuity. Overall, there’s a diffused air of hazy, dreamlike subjectivity or surreality that complicates the orderly air of the production.

Chief among them – unlike most macbeth re-enactments, in which the Lady steals the show – is Denzel Washington’s interpretation of the title character, with which he takes over the film with less apparent effort or agony than his character takes the throne . Delivering his lines in precise verse from the source text, he manages to imbue them with a casual and freely modern quality that makes them all the more alluring. Prone to a kind of smug, low-boiled vanity more than any kind of roaring, outward-looking ambition, Macbeth of Washington acts violently with an air of largely muted grievance at his Lady’s goads.

Outbursts against courtiers, finely paced soliloquies, and maniacal late-night visions (or encounters?) provide him with a range of surfaces he can crash against as an actor. But Washington, changeable as it is here, is inevitably itself: sometimes entertaining but always beautifully. Coen’s aesthetic work here, on some level, just seems to give way to him, as the text seems more truly to belong (if not too strongly or by force) to Washington rather than Shakespeare himself .

Washington’s ability to take control of the film so easily, however, speaks almost as much to his own skill and presence as it does to the film’s erosion of obstacles or distractions that might battle him for stardom. For The tragedy is relentlessly direct (although, to be fair, the play – to me, at least – always seemed to be one of Shakespeare’s juiciest, simplest and least ornate). Coen and Delbonnel frame scenes of dialogue in crisp reverse sequences in front of well-shaded walls with high-angle architectural shots cut. personal expression through form.

But if what Coen does is apply a finely crafted if slightly rote style as a means of getting out of the way, there are far worse ways of doing it – and that flatters the elemental qualities of the text as well as the film. a troupe of skilful performers.

As Washington’s companion here, McDormand’s work contrasts. Playing in modes that are both more distant and more overtly mellow, it operates in a familiar theatrical mode. Delivering Shakespeare’s lines with a clearer sense of taste, his rapid consonants fall with an air of sharp, informed decision, giving way to a hasty flow of emotional (and rhetorical) tones in his deprived moments of intimacy and coercion.

To the small on-screen audience of the film, she seethes with a thinly veiled willingness to strike, offering cordial gestures of hospitality with cut, impatient lines given only to be countered by an agitated, almost frantically busy face. Compared to Washington, his Lady is more outspoken under her air of insistent connivance. Being of exceptionally pure ambition, volatile discontent, and self-esteem, his guilt at the end of the story (“Out, damn spot”, etc.) comes as a psychological surprise. Washington, on the other hand, seems a far less reliable instrument of its aims, quietly oscillating between its own conflicting doubts, desires and designs.

Figures like his are what the Coen brothers’ work has long been about. Their penchant for unfortunate acts of violence, retributive and karmic logic, and buffoonish endeavors all certainly have their place here. But while the events of The tragedy going awry, there aren’t too many traces beyond Washington and Hunter’s perplexity, comic irony, or subversive performances that make it to the screen. Such characteristics are amply present, however, in the other recent works of the Coens. Take Hello Caesar! Where The Ballad of Buster Scruggs, which skewed older iterative modes and responded to cultural and political history more than they were concerned with offering something self-proclaimed or forced “authorship.” But these works were sired with the siblings anyway, being slyly claimant and subversive in their trademark (and increasingly opaque to many) versatile ways.

The tragedy, but Coen’s solo effort here feels more artisanal than artistic anyway. The result, while enjoyable and often striking, can feel like an exercise – a brilliant director and his collaborators presenting a cut and polished version of a beloved gem of a text: something I would record more like a description that like like complaint.

Send CityBeat a news or story tip or submit a calendar event.