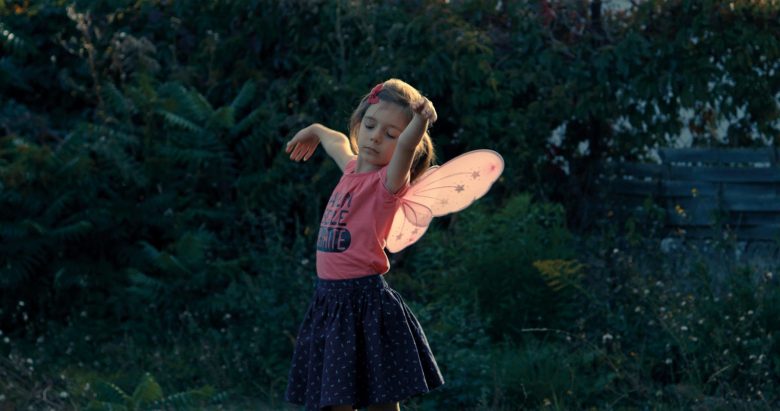 Now open at the Film Forum in New York, the triumph of non-fiction by French author Sébastien Lifshitz plays out like a narrative feature film.

There is no rule that a good documentary should emulate a narrative film, but it is impressive when you manage to sidestep the line so delicately that the viewer has no idea what they have been watching. in the credits. This is the experience of “Little Girl”, Sébastien Lifshitz’s luminous portrait of a seven-year-old trans girl living in north-eastern France. Shot primarily at eye level, “Little Girl” takes you straight to the heart of the trans child’s experience, seeing through her eyes the unwavering support of her tireless mother and loving family.

If little Sasha is the soul of the film, her mother Karine is its unwavering heart; driving the film to the sustained rhythm of unconditional love and tenderness. “Little Girl” opens with Karine visiting a local family doctor, although this is not explained in the film, which despises Sasha, asks leading questions or blames Karine’s parenting. Each time he does, she takes turns using the correct pronouns, although in her fragile state she is sensitive to his shameful framing. She believes she caused Sasha’s gender dysphoria, either by wanting a girl or by allowing her to wear dresses.

The first scene with Sasha and Karine arrives in 20 minutes, a welcome relief from the more posed interview scenes with Karine and Sasha’s father, who is equally supportive but less involved. Lifshitz frames these interviews in the same way as the other scenes, in hand-held close-ups and intimate medium shots, blurring the line between therapist and documentary filmmaker. Whether intentional or not, “Little Girl” could easily pass for a hyperrealistic narrative with deceptively staged interviews. It’s kind of androgynous.

When Karine and Sasha take the train to Paris to visit a gender dysphoria specialist, their relief is palpable. The doctor not only immediately affirms Sasha’s sex, but also Karine’s parental choices, assuring both mother and daughter of the same breath. Karine’s main concern is to receive a letter explaining Sasha’s gender identity to the school officials, who were difficult. The rest of the film revolves primarily around the conflict with Sasha’s school. Her teachers are cheating on her and the principal is unhelpful, but she has made new friends and she doesn’t want to change schools.

In interviews with her siblings in scenes from domestic life, we see the ambiguity that Sasha faces. In ballet class, as the other girls argue over the pink or purple scarves for their dresses, she stands sideways in her red silk pajama set, watching them coldly. Her older sister says Sasha doesn’t wear dresses in public for fear someone at school will see her. Karine is direct and vulnerable in her interviews, sharing with heartbreaking honesty that she fears that Sasha is “deprived of her childhood”. It breaks her heart that Sasha can’t have a play date, can’t pick out a dress for the first day of school, can’t wear a leotard to a dance class. “My goal as a mother is for Sasha to live childhood normally,” says Karine, with tears in her eyes.

Although family struggles form the heart of the tale, “Little Girl” is ultimately a triumphant portrayal. Like a protective cocoon, his parents and three siblings unite around Sasha, his wise 10-year-old brother when he forgives his mother for being less present with him in order to fight for Sasha. The family eventually won their battle with school, gaining full acceptance in time for third grade, though a traumatic incident at a dance class was a painful dose of their current reality.

Lifshitz shoots Sasha in a close-up in golden hues, her feathery chestnut falling around her cherubic face. He marks the film with plaintive classical themes; Debussy, Dvořák and Vivaldi. If the choices seem a bit crowded, this is a final, albeit predictable, choice.

But there are moments of levity in the midst of grief, and Sasha’s story ends on a high note. She’s light and playful dancing in her golden clicky heels, swinging her polka dot umbrella with Gene Kelly’s swagger in “Singin ‘in The Rain”. The same golden heels make a second appearance as Sasha kicks a soccer ball with her new friend on their first date. When Karine goes shopping for a swimsuit, she chooses a pink bikini with polka dots associated with a matching skirt. At the beach, she flies happily in a pink straw hat, but the skirt is nowhere in sight. The normal childhood that Karine so desired and fought for is slowly becoming a reality.

“Little Girl” is currently playing at the Film Forum in New York.

Register: Stay up to date with the latest movie and TV news! Sign up for our email newsletters here.

Over 90 percent of federal workers shot before Biden deadline