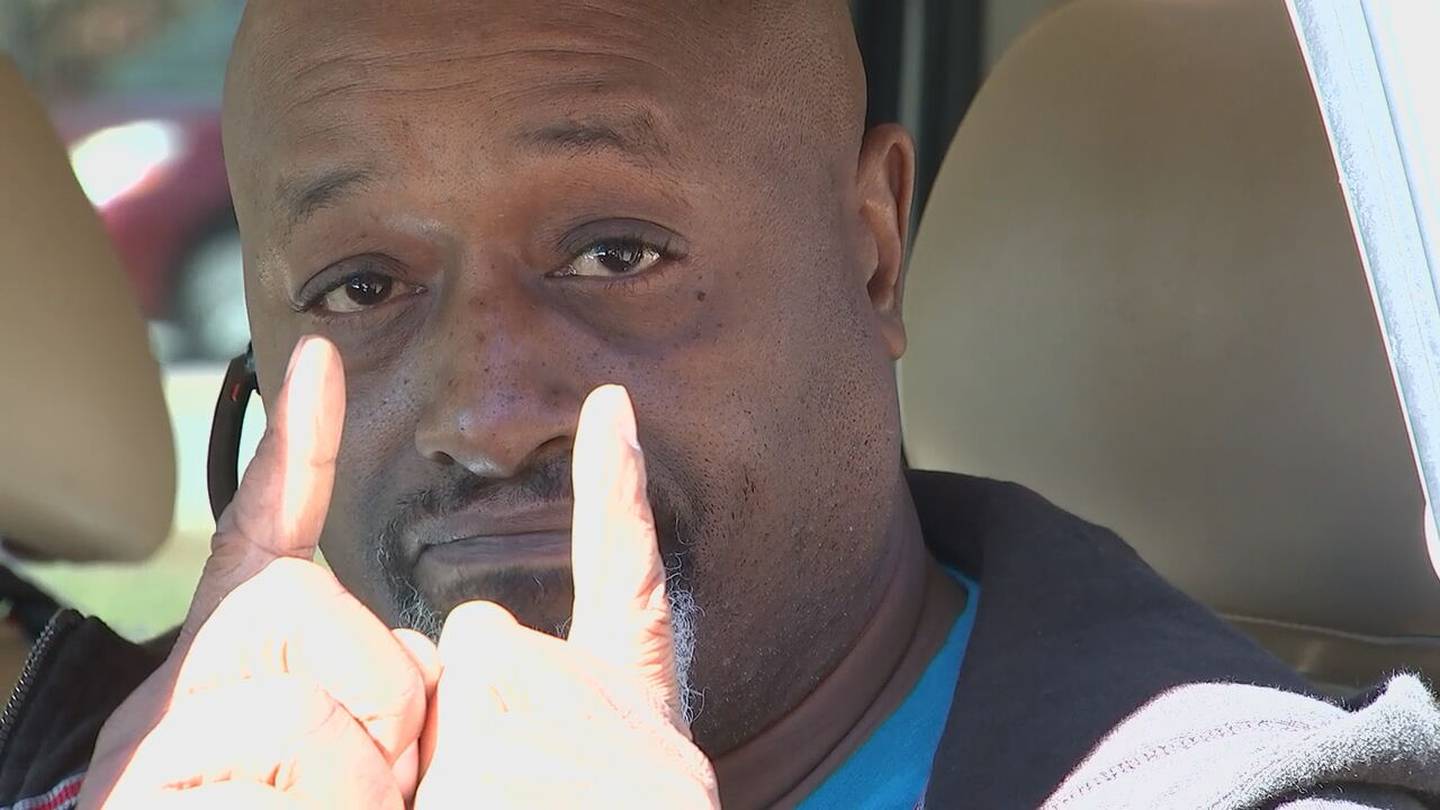 CLAYTON COUNTY, GA – A father says flashing his high beams almost killed him and his 11-year-old daughter in a road rage incident.

Antjuan Grimes can’t believe they almost lost their lives for something so small. He said he was really on the verge of losing his life.

“Probably about as much,” he said, holding his fingers a few inches apart.

Grimes says if a bullet that hit his headrest landed a few inches away it would be over for him and maybe his daughter as well.

â€œMy daughter and I could be gone now,â€ he explained. Grimes says he picked up his daughter from a hair salon Thursday night and was driving home on Interstate-75 South near Mount Zion Boulevard.

He said a slow car, maybe a brown Chevrolet Impala, was in front of him. He wanted to let the slower car know he was behind.

â€œI turned on my high beams,â€ he said. Grimes says he turned on his high beams a second time and the car moved into the right lane.

He noticed movement in the car as it passed.

He accelerated and all of a sudden, “He shot,” Grimes pointed out, referring to the driver he had just seen pull out a gun.

The bullet went through his back window, then hit his headrest. It struck its front windshield and then landed on its dashboard. “And that’s the bullet,” he said, pointing to the bullet fragment.

Surprisingly, Grimes was not concerned with his life in the midst of the gunfire.

â€œI was just trying to make sure my daughter was okay because I could feel I was okay,â€ he said.

He hit the gas and walked away from danger. Grimes says he looked in his rearview mirror and noticed the gunman descended on Mount Zion Boulevard. He said it was all so crazy.

He and his daughter could have died because of him flashing high beams.

â€œIt’s just ridiculous. We just have no respect for life, â€said Grimes.

Clayton County Police are investigating. Grimes says her daughter is a very strong child and doesn’t seem fazed by the danger they face.