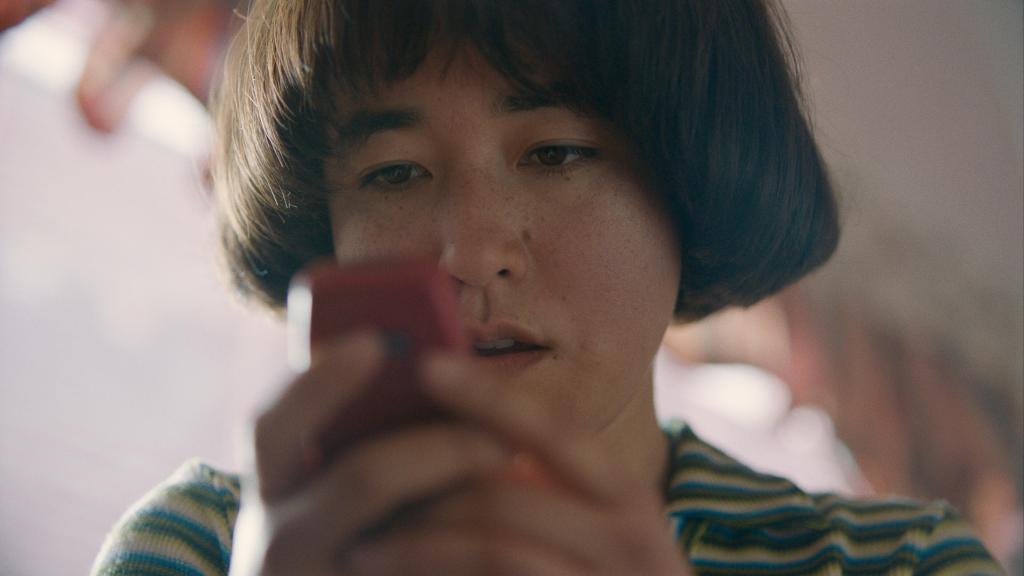 Maya Erskine Relived Her Most Embarrassing Moments in ‘PEN15’ – Deadline

Reminiscing about seventh grade stories, Maya Erskine, Anna Konkle and Sam Zvibleman were so amused by their own memories that in 2019, the close friends created PEN15, a comedy series where Erskine and Konkle, then 32, portray their semi-autobiographical college journeys. Little did the audience know that through the eyes of two teenagers, they would be taught a lesson in the relevance of teenage issues and emotions. “At the time we were designing it, we were going to these parties and it felt like we were back in college,” Erskine says. “We had a revelation that the 13-year-old inside of you is still here.” Here, Erskine talks about the catharsis of stepping back in time and why it was time to say goodbye to herself.

DEADLINE: When you announced the end of the series after its second season, it was met with deep sadness. Did you expect this reaction?

MAYA ERSKINE: No, I didn’t. I think I also felt a deep sadness, even though it was our decision. Then, hearing other people be sad about it, only amplified how we felt about it. It was as if the grieving and mourning had started then. But I think with the reactions of the public, we never expect any. Even when the show first came out, I think we were very scared of how people were going to react – if people were even going to watch it. You simply cannot predict what the reactions will be. So it was very comforting that people were sad about it.

DEADLINE: Does it make you think for a second about doing more?

ERSKINE: Nope. We had always seen it as three seasons. Yes, it’s technically two seasons, but we consider it three because there are three different story arcs and three different chapters. Also, because it’s seventh year forever, there were a few things [to consider]: How long can this be in the story, and just have the restraint to say, “This is where the story ends.” But also, practically speaking, children all age. Many factors played into this decision, but I’m happy with how it ended up.

DEADLINE: Take us back to when you, Anna and Sam came up with the idea. What stood out about seventh grade and what did you want to say with the show?

ERSKINE: In the beginning, especially with Anna and Sam, a lot of the stories that made us die of laughter were always from this age. We would comment on not having really seen anything so authentically portrayed on television. Welcome to the dollhouse is something we always refer to as our beacon of truth in college. This movie is amazing. But other than that, we hadn’t really seen an honest, R-rated portrayal of that era. That’s what we kept coming back to. Then, when we were in our twenties, it felt like a second adolescence. When we were designing it, we were so insecure. We went to these parties and felt like we were back in college. It was really a funny time. I still feel like that sometimes. We had an epiphany that, “Oh, it never leaves you.” That 13 year old me inside of you is still there. The first time you were embarrassed, the first time you were heartbroken, it was inside of you. It was like the only thing we wanted to write about.

DEADLINE: The tone deepened considerably in the second season. Was that always the intention?

ERSKINE: I don’t know if that was the intention from the beginning. I think we always thought it would just be one season, so let’s put it all in there. And then when it worked well, and we had a second season, time passed. We had grown a little. I think we had evolved a little in our tastes and it naturally went towards this tone. But there was a lot of talk about not wanting to escape too far from how this show was in the beginning. How to keep the essence, but go further and play with the tone?

DEADLINE: How do you get back into the emotions of a 13-year-old kid? All these feelings are so intense in PEN15.

ERSKINE: Because they are. It’s opera. This age is life or death. If you’re wearing the wrong tank top, it could spell the end of your year. I remember having such a deep emotional reaction to something that now I can look back and laugh, but back then it was so important. You also go through such massive transformations, physically and mentally at this age, that everything is out of whack and extreme. I would say, in terms of acting, when we started acting at that age, it was hard to fit in, and then we didn’t want to leave that age. It’s funny because it’s a paradox; you’re so insecure and self-aware at this age, but you’re also totally capable of being free and unapologetic with your emotions, with your best friend, your mother, you can scream, you can do n anything. So being able to play all of that was very liberating and comfortable.

DEADLINE: What was the challenge at the start? How does it feel to literally step back into your 13-year-old body?

ERSKINE: Physically it was very uncomfortable because we had to tie our boobs and we had to wear these low rise jeans that bring out the belly and all those things that naturally make you so uncomfortable. Our goal was that we didn’t want it to look like a sketch. We wanted to try to make it as real as possible. So there was a lot of fear in how to authentically portray that age, let alone your version of yourself at that age. It was a big challenge. And then we fell into it naturally. It also helps that we write, because then we could change things if it didn’t work for us.

DEADLINE: Is it worth being around real 13-year-olds?

ERSKINE: Absolutely. Oh my god, we learned so much from them. All the little behaviors. We just watched the way they touched their hair or hid behind their hands and bellies a bit. All of those things were so instructive and how cliques would form and friendships would form. It was very helpful.

DEADLINE: It’s interesting how you filmed the kissing scenes, using stunt doubles. It’s something that takes a lot of thought, I guess.

ERSKINE: Tons. We talked about it for hours. When we were writing these things, we always made sure that we knew beforehand how we were going to shoot. It was never a “day off” thing. We listed it so we know: “You’re going to do a close-up of Anna first, then Brendan. And then the two shots, they’ll start to get closer, but we’ll cut before you even get close. It was always about protecting the child and also protecting the audience, not wanting the audience to be removed in any way from the story, being able to watch comfortably, not worrying, but also to feel realistic. It was hard.

DEADLINE: How autobiographical is it in terms of stories?

ERSKINE: I would say 70 to 80%. Everything stems from something that happened. The last season is less so, but the first season was quite autobiographical. The other thing is that Anna and I weren’t friends in middle school. We didn’t know each other. So we take from our lives, but we create a new story from that to join both mine and Anna’s stories.

DEADLINE: What are some of the stories from your own life that you were looking forward to including?

DEADLINE: How did the decision to choose your own mother, Mutsuko Erskine, come about?

ERSKINE: We were doing auditions, and no one wanted to audition for [the show]. People were canceling when they read the sides. They said, “No, we don’t send our children there. What is this?” Also, I couldn’t find any genuine Japanese woman. It was something that was really important to me. Then it just happened. I would put my mom in my movie She wasn’t great, but what if I could get her to say a few lines? She might be able to. It was kind of a joke at first. I still have all of her auditions on my phone and they’re crazy, but it’s only two lines and she ends up succeeding. And then we were like, okay, let’s do this. And she just blossomed before our eyes.

DEADLINE: What is it like to re-examine the relationship between your mother and your teenage self, as an adult?

ERSKINE: At first it was so meta. I was on set early on, getting mad at my mom, while I, Maya, was trying to say, “Mom, no, you gotta hit that target and say the line when I say that.” I start talking to her like I’m a 13 year old, but I’m Maya. My brother was the editor of the show and he hated his life when he edited our scenes, because he was like, “Your moaning traumatizes me, and I never want to hear it again. But I think when I directed her, it was the most transformative experience we had as mother and daughter. I really got to see my mom as that woman and not just my mom, and it was a crazy experience for me. I did half of it before the pandemic, the other half after, and I became a mother after that. It just added so much depth to how I see everything in this episode. It was special.

DEADLINE: Is there catharsis in reliving your most embarrassing moments?

ERSKINE: Yeah. I mean there’s catharsis in all of this, really. The embarrassing moments you can laugh at and walk away from. It’s no longer embarrassing. But the sad moments, the moments when my heart was broken, it was crazy that I still felt so devastated filming it. It was surprising to me. I didn’t think these emotions were so close to the surface.

DEADLINE: And what are you currently working or writing on?

ERSKINE: I’m about to film Mr and Mrs Smith. I’m here in New York to do this for the next seven months.

DEADLINE: What excites you about this new project?

ERSKINE: What is exciting is that it is very different from PEN15. He’s a very different character. I’m just playing in there, so I can take a break from all three roles, because that was really the biggest job of my life. I think it will always be difficult, it will just be different. I really have to get into the feminine part of myself. I got stuck in that part of myself and enjoyed it so much. It’s out of my comfort zone, playing a woman, like a women. I hope I can do it.

Celebrate World Gin Day with these 8 new varieties of spirits