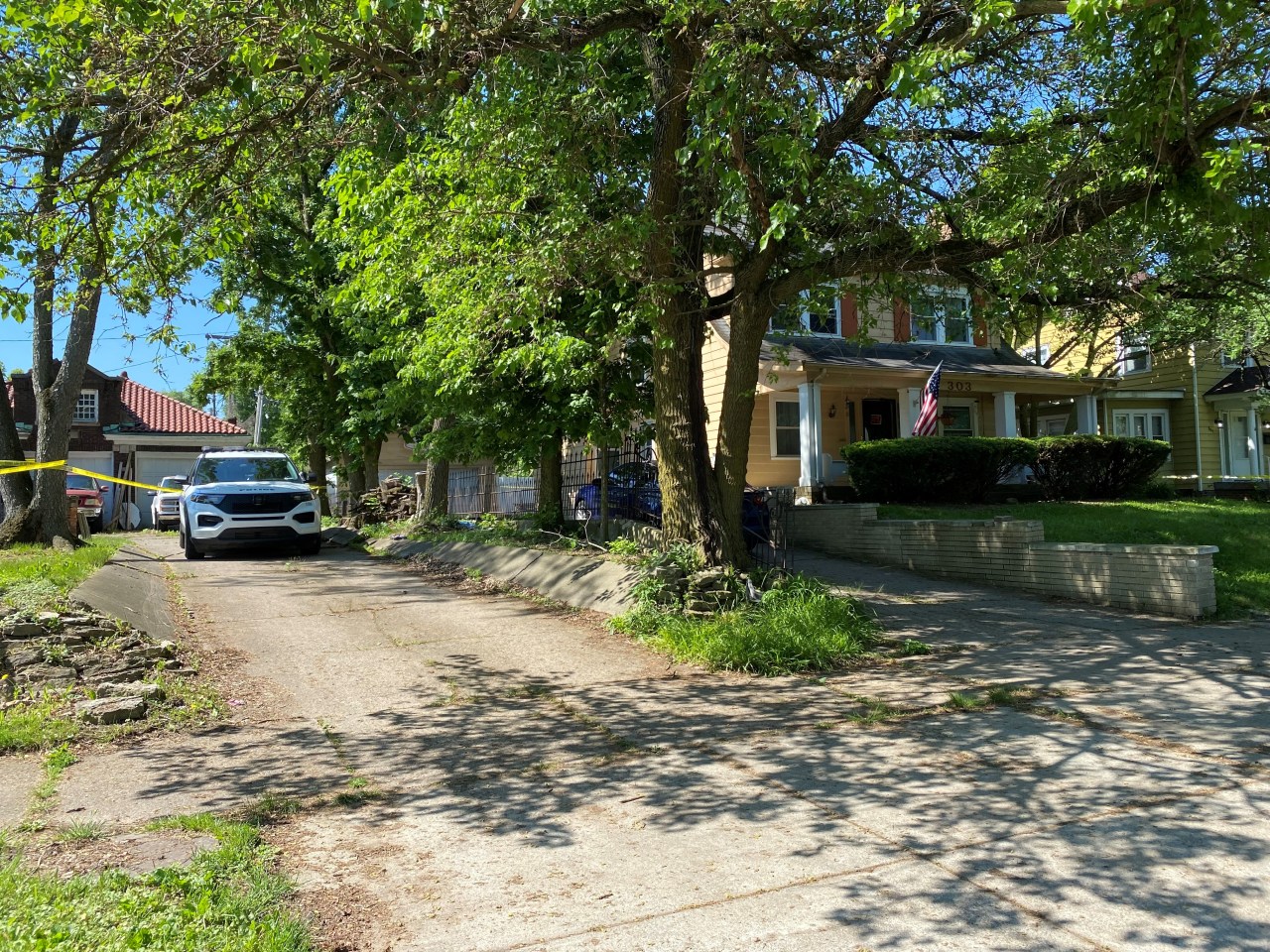 A police presence continued Monday at 303 W. Rudisill Blvd. where a man was reportedly shot dead just before midnight on Saturday and taken to a local hospital where he died.

A neighbor across the street who asked not to be identified said the shots rang out so close to her home and came in succession so quickly she thought it was it was fireworks. Just before the shooting, several unidentified cars turned up in the church parking lot in front of the house’s “boombox” style music, which she found odd.

Another neighbor on the same side of the street said he heard maybe 20 gunshots.

Another neighbor on the east side of the house said the house had been rented out, but was now owner occupied. She was out of town, as were several neighbors on Monday, Memorial Day.

A police statement on Sunday said a man taken to a local hospital with a gunshot wound or wounds would be in that block when gunfire erupted. The neighbor across the street said he saw police collect numerous casings during the investigation which continued for hours after the reported shooting.

Police have not released any information about the suspects, but are asking anyone with information to contact police or Crime Stoppers using the P3 tip app.

“Investigators are aggressively pursuing all leads and tricks,” Detective Sgt. Matt Wilson, chief of the Fort Wayne Police Department Homicide Unit, said in a text message Monday. “We asked the public to review their cameras for everything that was happening at the time of the homicide.”

The Allen County Coroner will release the victim’s name once next of kin have been contacted.

If this shooting death is considered a homicide, it will be the 10e in Allen County this year.