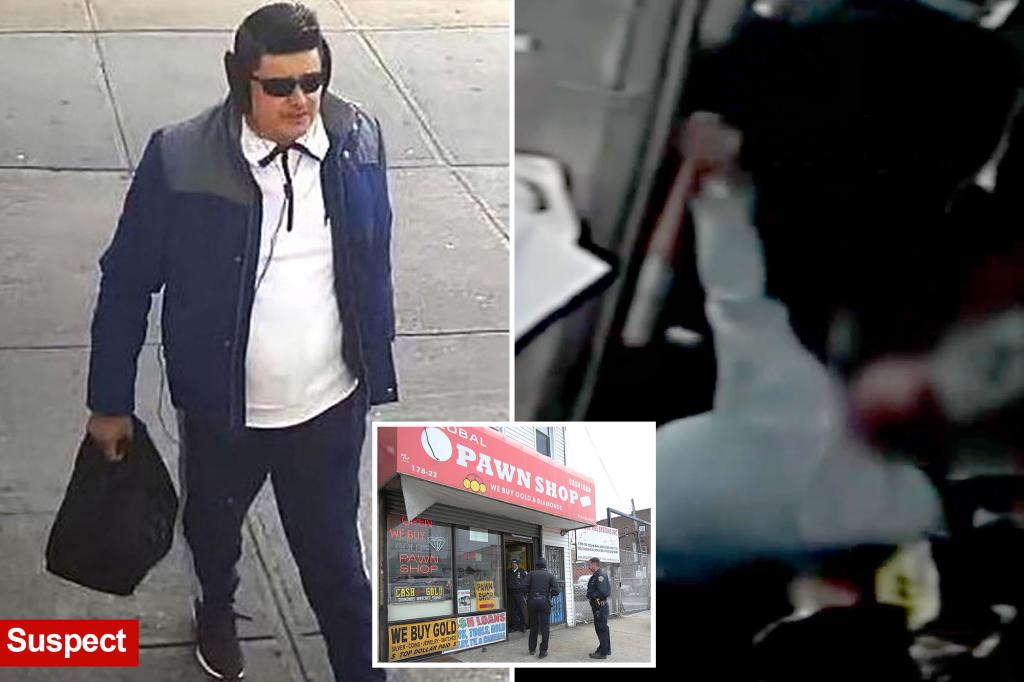 The Queens pawnshop owner who was savagely beaten with a metal rod last month – so badly that cops initially believed he had been shot – has died from his injuries, the authorities said. cops on Wednesday.

Arasb Shoughi, 60, was inside the Global Pawn Shop on Jamaica Avenue near 179th Street around 1 p.m. on March 28 when the male suspect violently attacked him during a robbery, police said.

Shoughi – who lived in Jamaica Estates – succumbed to his injuries on Sunday, authorities said Wednesday morning.

The case has been ruled a homicide, police said.

Disturbing footage released by the NYPD days after the attack shows Shoughi on the ground desperately trying to raise his arms to stop the constant flurry of beatings.

But her black-clad attacker instead repeatedly pushed the helpless victim to the ground to continue the bloody assault.

Police confirmed on Wednesday that the suspect – who remains at large – fled with various jewelry items from the store.

Responding officers initially assumed that Shoughi had been shot in the head and only learned that he had suffered blunt force trauma once he was transported to Jamaica Hospital Medical Center.

The alleged attacker was originally seen in a dark blue jacket with a hood, face mask and green Adidas baseball cap, but more recent footage clearly shows the face of the dark-haired suspect as he walks with earmuffs and sunglasses.

He is described as around 5ft 7in, 150lbs, with an average build and medium complexion. He was last seen fleeing west on Jamaica Avenue, the NYPD said.