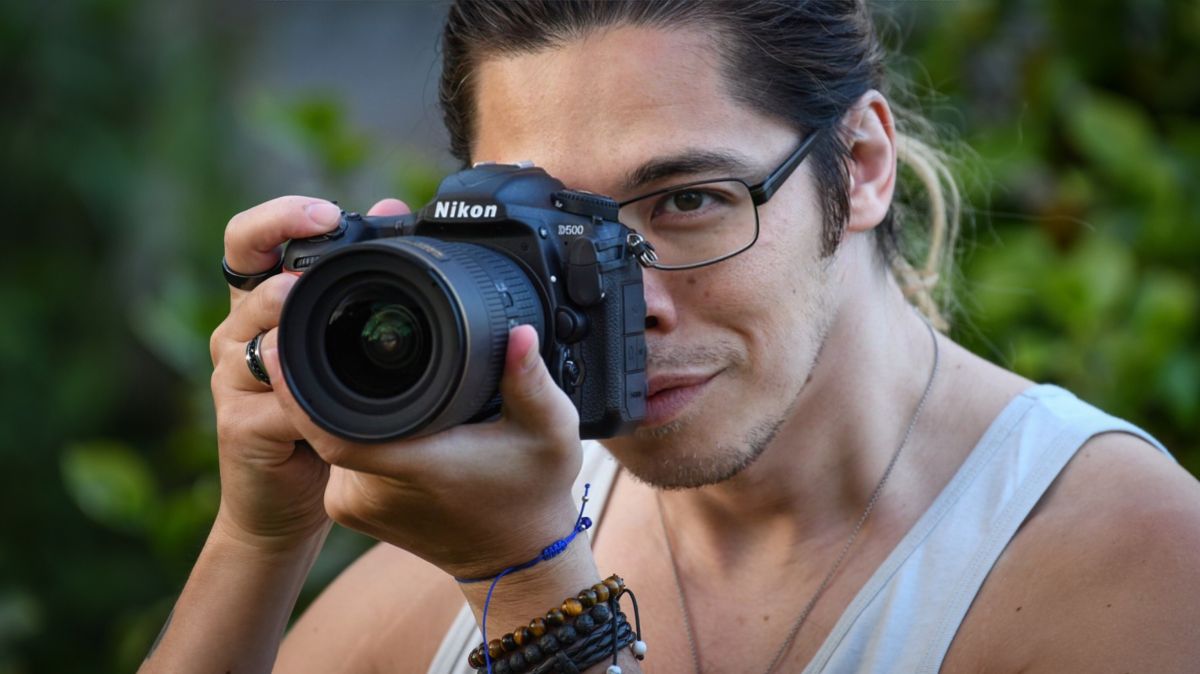 It’s rare for an APS-C system to offer power on par with a full-frame flagship, but the Nikon D500 does. This crop-sensor camera (called “DX-format” in Nikon nomenclature, rather than “FX-format” for full-frame) is perhaps the best value-for-money body Nikon has ever released when it comes to DSLRs. .

Boasting speed, image quality and build quality a notch below its pro-grade siblings, the D500 is a force to be reckoned with. And thanks to the 1.5x crop factor of its smaller sensor, it extends the effective focal length of your lenses, making it one of the best cameras for wildlife photography.

Its 20.9-megapixel image sensor is very capable, with a maximum ISO sensitivity of 1.64 million, which means performance is maintained even in difficult low-light conditions. With its 10 fps continuous shooting speed, the D500 can keep up with the action, whether it’s fast-paced sports or frantically moving animals, and it saves those bursts to two memory card slots for guarantee the security of your images.

Add to that a fierce autofocus system and weather protection to protect it from the elements, and the Nikon D500 is a camera that always holds its own and never lets you down, no matter what you’re shooting and where you are.

The D500 is not enough as robust as the full-frame Nikon D850, but it’s pretty close. The metal chassis is tough enough to take the kinds of knocks and scrapes it might take in the field, and the weather sealing will protect it from the elements. Indeed, speaking of both its semi-pro status and Nikon’s commitment to waterproofing, the camera ditches a pop-up flash in favor of more all-around protection.

To let you take pictures when the light goes out, not only does the D500 offer impressive ISO sensitivity, but key buttons on the body light up so you can still see them in the dark – and the top LCD screen also lights up, so you can keep an eye on your settings.

Inspired by professional cameras, a joystick lets you quickly move your focus point while shooting. And while we’d prefer a fully articulating screen, the rear LCD at least tilts (useful for shooting from low angles, as well as shooting video) and it also offers touchscreen control. .

As impressive as the Nikon D500’s ability to produce continuous bursts of 10 frames per second, its buffer capacity is even more impressive. The camera can capture up to 200 uncompressed 14-bit RAW files, which is more than enough to ensure you don’t miss a second of action.

In addition to 20.9MP stills (which offers slightly higher resolution than the Nikon D6, which was the Big N’s flagship pro camera until the launch of the Nikon Z9), the D500 can capture 4K video. Crisp up to 30p with a Bitrate of 144Mbps – but bear in mind that this calls for some serious cultivation (more on that below).

To maximize both blazing burst speeds and 4K bitrate, the camera supports standard SD cards as well as super-fast XQD and CFexpress Type B formats. (The former is overpriced and a bit outdated now, so be sure to opt for the now-standard CFexpress format.) This means you can take your existing SD cards and start shooting straight away, without having to invest in the new memory standard. from the start.

The D500 is an absolute workhorse. If you’re shooting animals or action, switch the settings to high-speed shooting mode and the camera will blast through images at a blistering pace. And it’s all powered by a brilliantly robust autofocus system, which keeps track of your subjects even in dense foliage that confuses other cameras.

Image files are pristine and bursting with detail, despite the relatively low resolution. And the 1.5x crop factor lets you squeeze even more reach out of your lenses; it turned our 200-500mm zoom into 300-750mm, meaning we could fill the frame without having to crop our precious pixels.

Unfortunately, the performance doesn’t quite carry over to the video. In addition to the 1.5x crop factor invoked by the size of the APS-C sensor, an additional crop is applied when shooting in 4K – this results in a 2.25x crop which makes it very difficult to shoot of view with a wide angle (our 16-35 mm, for example, became a 36-79 mm in 4K).

Plus, shooting video means the loss of brilliant autofocus, as live view mode is relegated to contrast-detect AF, resulting in a lot of hunting and pulsing in your shots. of sight.

That means the D500 isn’t the best fit if you’re shooting video. However, for stills it’s an absolute beast, especially if you need more range without having to buy a new lens.

Should you buy the Nikon D500?

Whether you’re looking for an affordable alternative to a full-frame DSLR or want to exploit the focal length benefits of the crop sensor format, the Nikon D500 delivers absolutely stunning results.

While it’s not our favorite camera for shooting video, in terms of stills we just can’t blame it. Hiccup-fast burst shooting, equally nimble autofocus, image quality worthy of wall prints and publications, and battery life that’ll last you hours and hours on the go. land…that’s all you could ask for.

If this product is not for you

For beginners, families, and anyone who wants to take great photos with minimal handling or knowledge, we suggest the Nikon Coolpix P1000. Image quality is a few notches below the D500, but it has an unprecedented 24-3000mm range – that’s pretty much every camera lens you’ll ever need, all in one.

If you’re looking for a full-frame camera, the Nikon D850 (opens in a new tab) has virtually all the strengths of the D500, but with a larger 45.7-megapixel sensor, superior ISO performance and weather sealing (although the D500 beats it in continuous burst speed).

Want to go mirrorless? If you’re not married to the Nikon ecosystem, we recommend the mighty Canon EOS R5 (opens in a new tab). It’s a much more expensive option, but it has the best Animal AF system we’ve ever used, captures stunning 45MP images, records stunning 8K video (and lets you extract 35MP stills from the footage) and also offers completely silent shooting, so your subjects won’t be spooked.