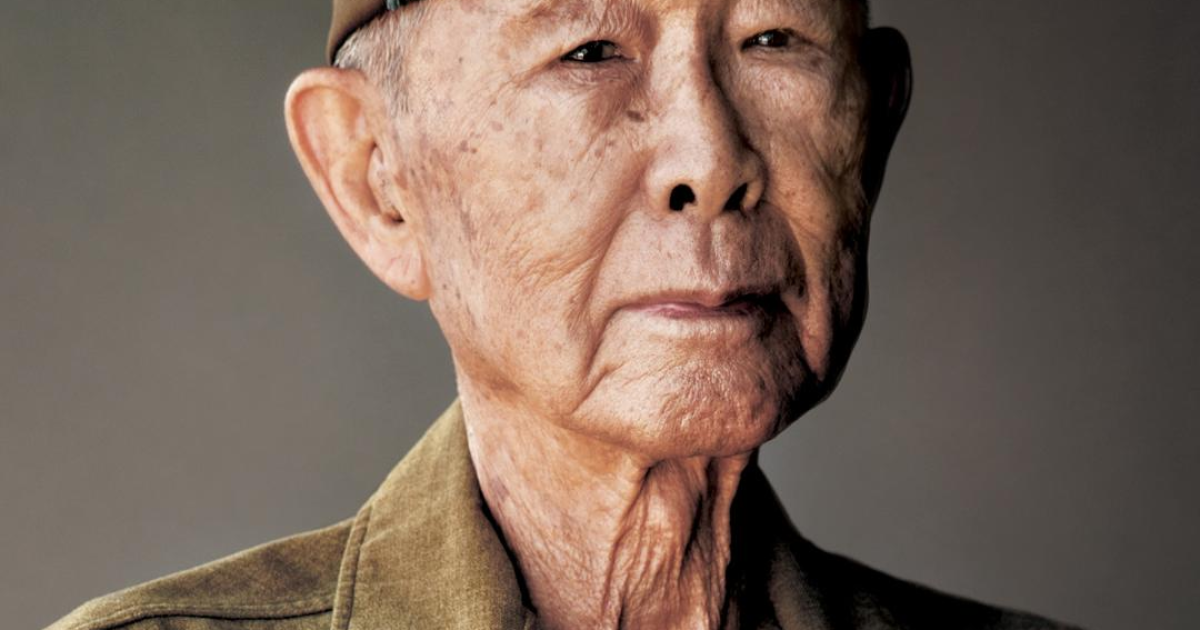 For most of his 99 years, World War II veteran Frank Wada Sr. did not speak about his service with the 442nd Regimental Combat Team of the United States Army.

But towards the end of his life, he might be called upon to participate in the rare media interviews or photographs, so that the history of his regiment did not end after the departure of him and his comrades. Wada passed away peacefully at his Spring Valley home on June 14. Family members say they believe Wada was the last local survivor of the regiment.

Wada served in Company E of the 442nd, a volunteer regiment made up entirely of nisei, American descendants of Japanese immigrants. Most of its recruits came from internment camps, where 110,000 Japanese Americans living on the west coast of the United States were forced to relocate after the Japanese attack on Pearl Harbor in December 1942.

The 442nd would become the most decorated unit, for its size and length of service, in US military history. About 18,000 men served, ultimately winning 9,486 Purple Hearts, 21 Medals of Honor and an unprecedented seven Presidential Unit Citations, according to the Go For Broke National Education Center. “Go For Broke” was the regiment’s motto, depicting the fearless “shoot at works” soldiers in combat to prove their patriotism to their homeland.

Wada’s son Greg Wada said his father was calm and reserved, but took pride in his service. He had “Go for Broke” on his car’s license plate and the family joked that they will put a “Go for Broke” sticker on his coffin before it is buried in the ground at the National Cemetery. Miramar next week on what would have been her 100th birthday.

“It wasn’t until I was in high school that I found out what happened to my father during the war,” said Greg Wada. “He never mentioned it and he never showed any of his medals. But he was proud of what he had done and he always said, “You must do the right thing, and the right thing was to serve.”

Frank Mitoshi Wada Sr. was born on July 23, 1921 in Redlands of Makichi and Akiyo Wada. According to a profile article on Wada Posted in May on the US Department of Veterans Affairs website, Wada was frequently the victim of anti-Japanese discrimination while growing up in San Bernardino County. During his senior year of high school in 1938, a classmate asked him which side he would fight for if the United States went to war. When Wada’s mother heard about this confrontation, she made her son promise that if he ever had to fight it would be for America.

After high school, Wada moved to San Diego, where he worked on his sister Mary’s farm in Chula Vista. The morning after the attack on Pearl Harbor, he attempted to enlist in the US military but, like the other Nisei, was turned away as an “enemy alien”. Three months later, his family was ordered internment. In mid-1942, they reunited at Camp Poston, Arizona, where he would meet his future wife, Jean Ito of San José.

In 1942, the military called in the Japanese-American men serving in the Hawaii National Guard to form the first Nisei unit, the 100th Infantry Battalion. Their discipline and training success were so impressive that in 1943 orders were given to form a second unit, the 442nd, from recruits from the internment camp. Wada was one of Poston’s first internees to apply. Many in the camp did not like his decision.

“When they came looking for volunteers, my father went to his sister Mary and asked her what to do. She said, “If you don’t volunteer, we may never get out of here. So he did it, ”said Greg Wada.

Before leaving to train at Camp Shelby, Mississippi, he married Jean at the camp. Their marriage lasted for 69 years in bliss until his death in 2012. After a year of training, the 442nd Soldier was dispatched to Europe, where Wada’s company served on the front lines in the Rome-Arno campaigns, the Po Valley, the Rhineland and the Ardennes. The casualty rate was high. In one month, Wada rose three ranks from scout to platoon sergeant, according to the profile of the US Department of Veterans Affairs.

The 442nd’s biggest test – and the one that nearly cost Wada his life – took place in October 1944, when the 442nd unit and the 100th Infantry Battalion fought together to liberate Bruyères, France, and save a small battalion from Texas surrounded by German troops. The bravery of the Nisei soldiers, who pounced on the entrenched German forces and fought hand-to-hand at close range, led the “Rescue of the Lost Battalion” to become one of the greatest land battles of WWII. .

During the final days of the battle, Wada was seriously injured by shrapnel in his lower body and spent more than a month in hospital. Among the many battle decorations he received were a Purple Heart, a Bronze Star, and a Battle Medal with four oak leaf clusters. In 2011, he and all 442nd veterans received the Congressional Gold Medal. And in 2015, he received the highest military distinction in France, the Legion of Honor.

After the war, Wada and his wife, Jean, returned to San Diego where he designed and built a home on a 350-acre family farm in the Encanto area of ​​San Diego, where they raised five children. Wada worked for the United States Postal Service for a time, went to college, and then worked for many years in the public works division of the former San Diego Naval Training Center. He started there as a lawn mower repairer and worked his way up to a contract specialist before retiring in 1977.

Greg Wada said his father remained active in retirement, enjoyed gardening and still drove his car until the pandemic, after which his health began to gradually decline.

“He was very independent,” he says. “He did everything on his own, never took any documents and always helped everyone. He went to college after having children and took care of my mother all his life.

In 2018, Wada posed for a portrait in his uniform for Los Angeles photographer Shane Sato, who published two volumes of Nisei veterans picture books titled “The Go for Broke Spirit: Portraits of Courage. Sato, whose uncles served in the 100th Battalion, said he created the books because too few Americans know about this chapter of history.

“I got involved in his project because I felt I had to do it,” said Sato, who described Wada as very kind and humble. “One of the reasons that many Japanese Americans don’t even know their own story is that the Nisei never shared their stories. I believe all of these men wanted to share these stories with the audience, but being Japanese they didn’t know how or thought it was wrong to talk about themselves.

Wada is survived by her daughters, Dorothy Saito and Janet Kobayashi, and son Greg, as well as son-in-law Mike, daughters-in-law Roberta and Jane, brothers Henry and Robert, nine grandchildren and 10 great grandchildren . He was predeceased by his wife, Jean, son Frank Jr. and daughter Laureen Yasuda.

A tour and service of life celebration will take place on Wada’s 100th birthday, July 23, from noon to 4 p.m. at the Community Mortuary, 855 Broadway, Chula Vista. A private funeral will follow. In lieu of flowers, the family suggests donations on Wada’s behalf to the Go For Broke National Education Center in Los Angeles in goforbroke.org.

Schapiro: A payday loan battle that started in Virginia with a whimper, ended with a…