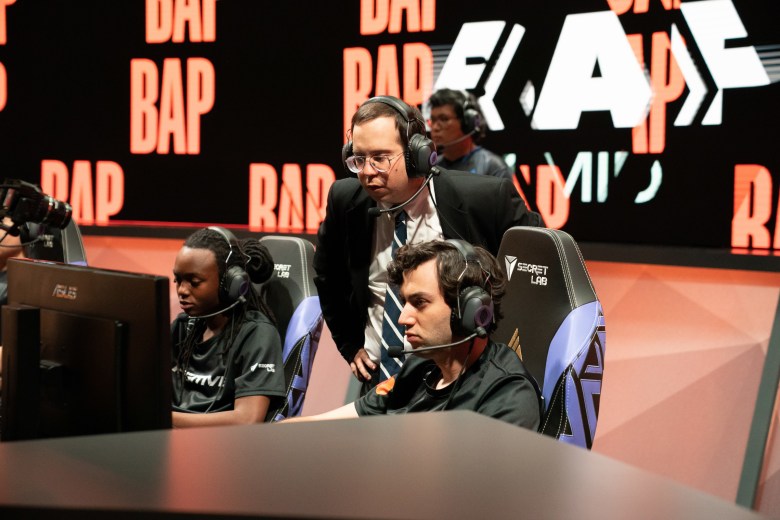 Players chasing an elusive championship are the basis for another mockumentary gem, this time drawing inspiration from recent hit series from the world of sports.

“Creating a satisfying and engaging emotional arc for a character named Creamcheese” sounds like something of a challenge. Whether on the back of a jersey, listed onscreen, or spoken by any number of characters in a sprawling fictional Esports saga, see or hear this collection of vowels should to be a dealbreaker.

And yet, the central figure of the new Paramount+ series “Players” is loud enough, vulnerable enough, and pathologically fixated on his own image that Creamcheese feels right at home in the echelon of athletes compelling enough for their own documentary series ( even if it does not actually exist).

“Players” is the latest offering from creators Tony Yacenda and Dan Perrault, a duo who pulled off two equally serious and absurd seasons of “American Vandal.” Bringing the real crime boom to the halls of a high school, it was a show that used exaggerated premises like a Trojan horse to watch everything from tough high school experiences to the nature of fame, while sliding into pointed observations. on the genre itself.

This time around, the focus is on the elaborate, high-stakes world of League of Legends Esports, seen through the eyes of members of the Fugitive Gaming team, built for the show. Alongside the work of Creamcheese (Misha Brooks), the five-person team’s controversial statesman, “Players” also charts the evolution of Organizm (Da’Jour Jones), an incoming teenage prodigy with the behavior exactly opposite. From there, “Players” uses the established rhythms and expectations of recent popular sports documentary series to dig deeper into a thorny web of friendships and rivalries.

In the ten-episode season setup, “Players” sort of revels in those sports documentation details while effectively setting up what matters most to most people who appear on camera. There’s the “Last Dance”-style jump between parallel storylines, surveillance camera angles borrowed from office conversations in “Hard Knocks,” brilliant slow-motion Steadicam inputs, and crowd shots reminiscent of “Cheer” and ” Last Chance U.”

The magic of this creative team is that the nods, homages, and punchlines are all meticulously crafted diversions. With the backstory shortcuts that are built into the first episode of any long-running documentary series, Creamcheese, global strategy team Fugitive Kyle (Ely Henry) and April Braxton (Holly Chou), teammate-turned-rival Foresite ( Peter Thurnwald), and company owner Nathan Resnick (Stephen Schneider) gets into place. He uses all the same ‘keep it simple’ techniques that can easily turn a ‘Drive to Survive’ watcher into a presumed Formula 1 expert in minutes. (Of course, at this point, it wouldn’t be “players” without its fair share of sideways glances at the honeycomb grid lighting rigs in its own player/staff interviews.)

“Players” comes with a distinct set of challenges, especially compared to its spiritual predecessor. Gone are the pair of amateur sleuths who functioned as simple and effective audience surrogates in “Vandal.” And while the greatest narrative benefit of true-crime series is an air of mystery, sports documentaries are often built on inevitability. Yet even in the shift to a more invisible hand guiding this window into the fugitive saga, “Players” still retains an emotional core that it can enrich (and subvert) at various points over a half-decade.

With Yacenda directing, Perrault playing a member of the great Fugitives team, and both leading a writing team capable of digging into the finer touches of Esports and the specifics of the characters’ individual journeys, “Players” doesn’t just imitate the layout of a sports doctor. There’s also the advantage of tapping into a well-established fandom and ecosystem, with real commentators and teams borrowed from the heights of League play in North America. That in turn gives this talented cast a chance to be honest in their performances, even if what they say about their chosen profession is also peppered with jokes about hot sauce and shower gel that would seem to be gibberish out of context.

Even if Creamcheese didn’t have to be a primary reason to care about Fugitive, while having an ego that often gets in the way of the team’s success, Brooks would have one of the most important tasks here. Creamcheese’s down-to-earth confidence in his own abilities and teardrop mood swings all feel true to fellow athletes under the elaborate doc microscope. This ability to punch through the relentless facade and through something genuine, only to jump back seconds later, is a delicate dance that Brooks handles with impressive precision. It’s a beautiful synergy between writing and performance that a season’s swing between team harmony and team discord stems from a recognizable spot and aligns with Fugitive’s fortunes. .

There’s a particular kind of balance “Players” strikes in the back and forth between its talking-head sections and its observational moments. Even seeing the slight changes in composure between characters that deliver confident sound bites in a one-on-one encounter setting and take on a slightly different air in the more unpredictable behind-the-scenes looks is another example of how whose “Players” uses the form to distinguish what motivates each of these people. There’s no need to choose between someone telling a good story and someone living that story in real time when the show finds illuminating ways to capitalize on both.

Positioned to give themselves incredible access, Yacenda and Perrault keep an internal logic to every moment the series is there to “capture.” Without straying too far from its purpose, the series also fills in some of the gaps that the docs can only fill at a glance. Some series sprinkle in a few glances the family life of a coach. But with Kyle and April, it feels like those cameras are there to show who they are as friends and guides and family to them, not just an easy contrast to who they are at tournament time. It goes along with a joke about another professional sports franchise, but Resnick’s involvement helps ‘players’ touch the idea that teams don’t exist in a vacuum, that there’s always a strain. of sport shooters who see the success group through the eyes of the dollar sign. And there aren’t many docs that feature someone with Organizm’s soft approach to stardom who can take advantage of what Jones brings here in the context of flashier teammates.

That’s why “Players” succeeds in its aim, as it can build a show around the sometimes lopsided exploits of a crew with championship potential while delivering surprises on its own terms. With a longer season, the show can take a more circuitous route and shine a light on the process. And sometimes that path leads to a point where someone close to Creamcheese addresses him as Trevor, his first name. It’s moments like this, when silliness and sincerity collide, that solidify this as a team worth celebrating.

The first three episodes of “Players” will air Thursday, June 16 on Paramount+.

Register: Stay up to date with the latest film and TV news! Sign up for our email newsletters here.