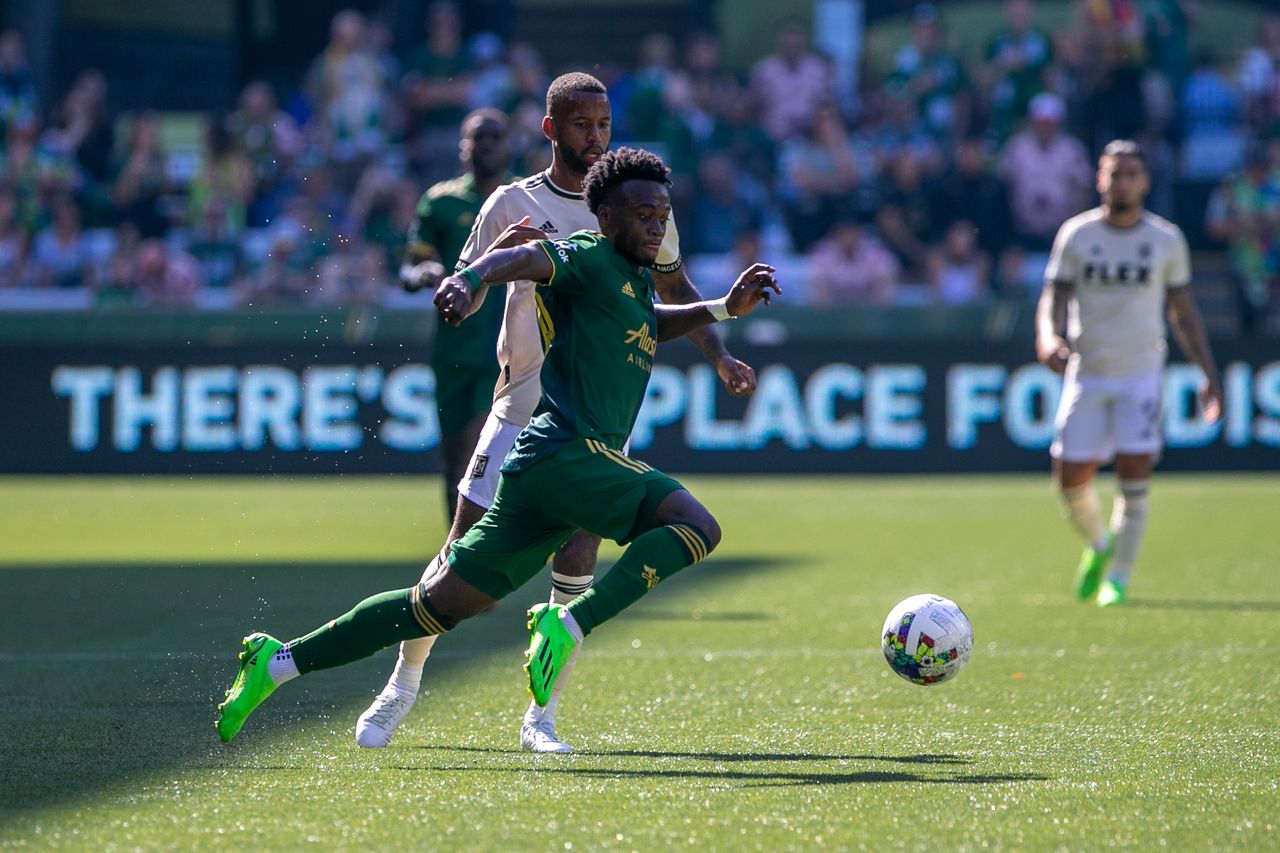 The Portland Timbers needed at least one point at home against LAFC on Sunday to ease their way to the MLS Cup playoffs. They had none.

LAFC won 2-1 at Providence Park on a late goal from Denis Bouanga, who scored in stoppage time to crush Portland’s hopes of making next week’s game less critical. Now the Timbers (11-9-13, 46 points) need a win or tie in their Finals (or a little help) to qualify for the playoffs.

The first half was a solid showing for the Portland switched roster. The Timbers and LAFC were tied, 0-0, for 45 minutes after competitive play – mostly in the middle third of the field.

Portland’s first chance was in the third minute, a perfect cross from Bravo to Dairon Asprilla, whose header went just wide of the goal frame. Bouanga responded two minutes later for LAFC, placing a shot near the post which was saved by Aljaz Ivacic.

Mosquera played well from wide positions, setting up his teammates well on crosses and playing at a measured pace with the ball at his feet. His strength and agility also stood out defensively.

In the 33rd minute, LAFC had their best chance of the half as Carlos Vela got behind Ivacic and shot on target, but he was steered off the line by Bravo. Kellyn Acosta had a dangerous chance in the opening moments of first-half stoppage time, weaving past a pair of Portland defenders and attempting a chip that was saved well by a reactive Ivacic.

The physical aspect of the game accelerated in the second half, as did the number of scoring chances. Cristhian Paredes picked up a yellow card for Portland in the 48th minute, and two minutes later Niezgoda fired a powerful shot on target from outside the box which was saved.

LAFC broke through in the 51st minute on a curling beauty from Vela, a high-range shot that was out of reach for a leaping Ivacic. That goal made LAFC 1-0, but Portland didn’t fold in the moments that followed.

The Timbers had plenty of chances around the goal between the 55th and 58th minute, none of which could be converted. Bravo and Santiago Moreno’s play shone, however, as did the constant presence of a hustling Dairon Asprilla.

Zuparic received a 63rd-minute yellow card for Portland, which means he will be suspended for next week’s regular season finale at Real Salt Lake due to a build-up.

Bravo had a pair of good chances in the 71st and 74th minutes, the first a header off the wire from Mabiala which hit the crossbar. The second was a long, powerful shot that forced a diving save.

Portland brought in Williamson and Yimmi Chara in the 75th minute, hoping to inject more punches into their lineup.

The Timbers found it in a man who had been playing all night: Asprilla. In the 81st, a perfect pass from Bravo found Asprilla’s header, and he put it in the back of the net with the power to tie things up, 1-1.

LAFC brought in replacements including Gareth Bale, Kwadwo Opoku and Latif Blessing, and Portland brought in Blanco for Moreno.

Bouanga found the net in stoppage time, scoring in the 94th minute on a stunner that sent Portland to the locker room without a single point to show for their effort.

With the loss to LAFC, Portland’s playoff hopes rest heavily on next week’s competitive streak. If Portland loses at Real Salt Lake, it will be eliminated from the playoffs unless Minnesota loses at home to Vancouver and the Seattle Sounders win their final two games. If the Timbers win or draw at RSL, they’ll clinch a playoff berth no matter what.

Four-point weekend for Warriors as Scimitars blunt and Lions tame