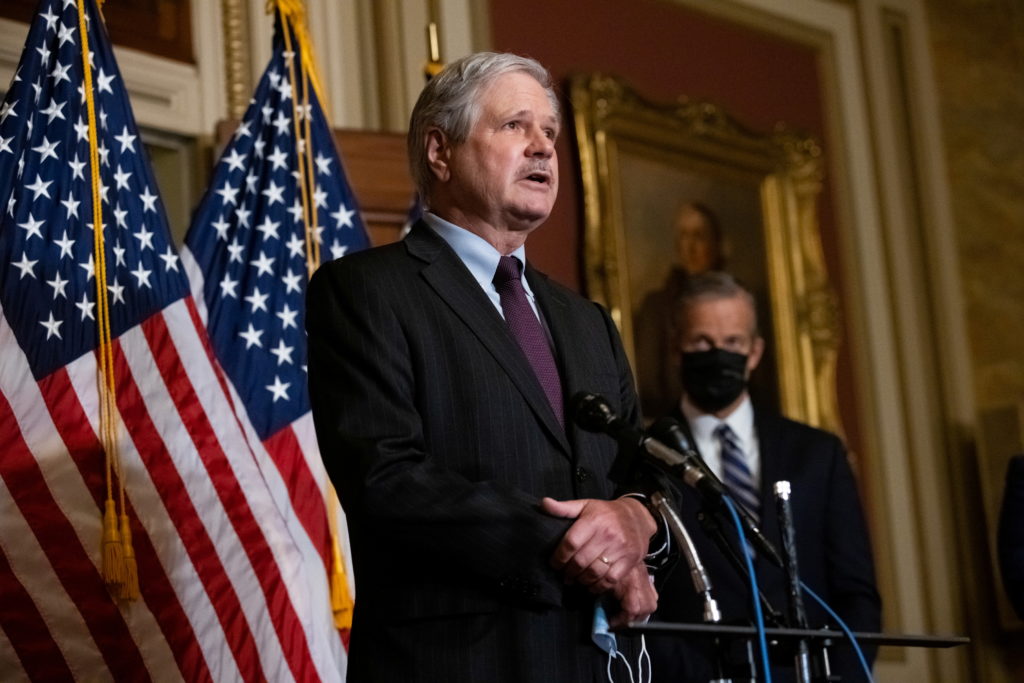 BISMARCK, ND (AP) — U.S. Sen. John Hoeven easily won the Republican primary in North Dakota on Tuesday, slipping past an unknown and poorly funded political neophyte ahead of a November game when he is again likely to be a big favourite.

Hoeven beat out Riley Kuntz, an oil worker who said Hoeven had been in Washington too long but raised less than $5,000 for his long-term bid. Hoeven, seeking his third term at age 65, has raised more than $3.2 million heading into the primary.

Katrina Christiansen, an engineering professor at Jamestown University, received the Democratic endorsement in that party’s primary, where she faced Michael Steele, an art and antiques dealer from Fargo.

Hoeven won his previous two terms in the Senate with more than 76% of the vote.

US GOP Representative Kelly Armstrong has faced no opposition as he seeks a second term. Democrat Mark Haugen, also unopposed, is his November opponent Haugen, of Bismarck, is a University of Mary graduate counselor and longtime worker as a paramedic.

Hoeven was first elected to the Senate in 2010 after longtime Democratic Senator Byron Dorgan retired.

Hoeven was elected governor in 2000 after seven years as president of the North Dakota Public Bank. In 2008, he became the first person ever elected to a third four-year term as North Dakota’s chief executive. A former Democrat, Hoeven switched parties four years before his first successful run for governor.

Hoeven got scared at the GOP convention in April when he narrowly won the approval of GOP delegates over the leader of the party’s ultraconservative wing. Bismarck State Rep. Rick Becker portrayed Hoeven as a spendthrift, governmental politician who had lost touch with his conservative base.

Hoeven countered by touting his involvement in North Dakota’s economic development and underscored his opposition to most of President Joe Biden’s policies. Hoeven received a video message of support from former President Donald Trump.