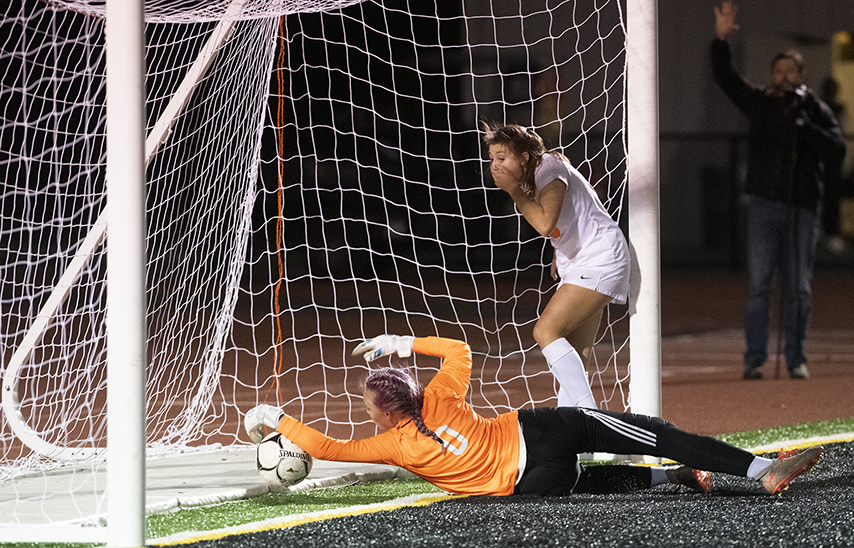 MECHANICVILLE – As the pressure mounted in the Women’s Section II Class AA semifinal on Wednesday night, the Shenendehowa women’s team did not falter or wither, they embraced it.

Junior Emily Silva completed what she dreamed of – sending the ball with her left foot into the back corner for the game-winning goal.

She delivered with 26 minutes left in regulation and the Plainsmen scored just one goal, pushing Bethlehem 1-0 down at Mechanicville High School.

Georgia Greene sent the ball into the left end of the Eagles defensive end as Silva played an arched ball towards the mouth of the goal. Bethlehem goalkeeper Sophia Soka jumped up and tried to push the ball out of the goal area. The ball sailed over his outstretched hands, ricocheted off the far post before bouncing back slightly into the goal as Soka attempted to grab it before it crossed the goal line.

“I think she did a great job in the first half throwing balls,” said Shenendehowa coach Holli Nirsberger. â€œAt halftime we said look, they expect you to just throw those balls, let’s go. Exit near the first post and shoot. She’s our Brazil, our player of the game today for a reason. “

The seeded Plainsmen put pressure on Bethlehem and goalkeeper Soka throughout the game but failed to convert those attempts into goal, frustrating coaches and players alike.

â€œWe had our quality opportunities in the first half; our main conversation is that these opportunities need to be converted into goals, â€Nirsberger said. â€œAt this point in the season, we can’t afford to be the big ball Silva, the big ball Silva. We’re talking about the timing of the runs, the angle of the runs and being there to convert those nice balls into goals.

Soka managed to push back Shenendehowa senior striker Brooke DelSignore throughout the game on Wednesday night, keeping her scoreless against her eight shots against the Bethlehem keeper.

â€œIsolated 1-v-1, I think she did a great job making those saves, but she is [DelSignore] will bury these 9 times out of 10, â€Nirsberger said. “She’s pretty frustrated right now, but those goals will drop in the next game.”

This next game is Saturday at noon against Columbia at Stillwater High School. The No. 3 seeded Blue Devils beat the No. 2 seed Shaker 1-0 when Ella Hebler connected on a manual header with 35 seconds left in regulation on an Isabella Siebert corner during of a 2-1 win in the opening game on Wednesday.

The Plainsmen will seek revenge for their only league loss of the season to Columbia, 3-1 on the road on October 2.

â€œThis is what we wanted,â€ Nirsberger said. “We want a little second leg there.”

More from The Daily Gazette: