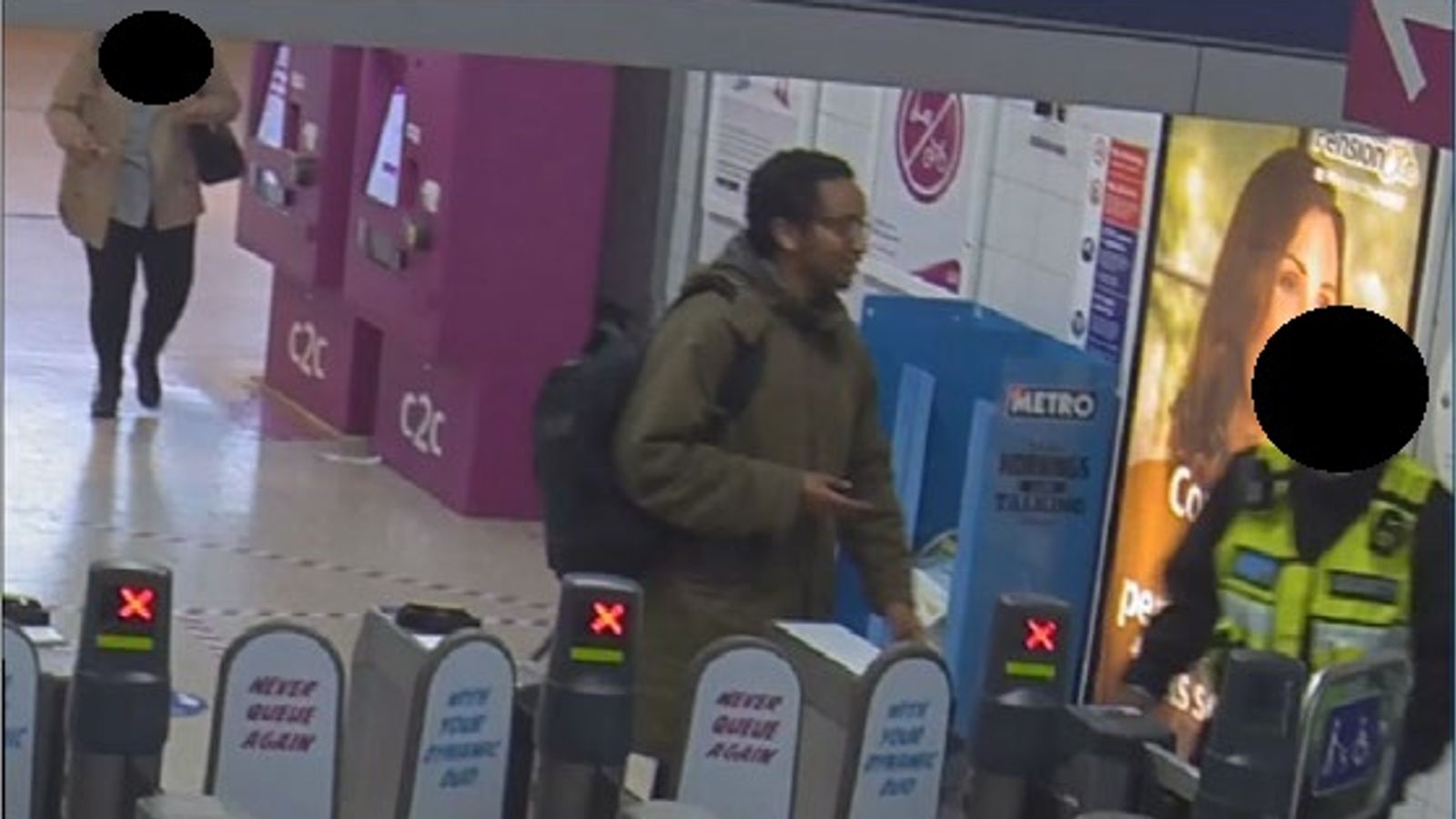 A man who confronted a suspected terrorist charged with the murder of MP Sir David Amess says he warned him ‘we’re not in America, we’re in England mate’ after the alleged killer claimed he wanted to be shot by the police.

Mr King said he asked Ali if he was going to drop the bloodstained gun, but he replied: ‘I want to be shot,’ a jury was told.

The witness’s statement to the police was played at the Old Bailey where Ali is on trial for the murder of Sir David and planning acts of terrorism.

The 26-year-old denies the charges against him.

Mr King, who had arrived to meet Sir David with his partner Yvonne Eaves, said he saw two women running towards him as he approached Belfairs Methodist Church where the operation was taking place.

A woman was in tears and said, “There’s a man in there. He has a knife and he stabbed David,” the witness told police.

Mr King said he entered the building ‘to see exactly what was going on’ and saw Sir David ‘collapsed’ on the floor and another man holding a knife.

Mr King said the knife threatened to stab him and talked about Syria and the war in Iraq and “the innocent people who died there”.

After the attacker said he wanted to be shot, Mr King said he told him: ‘We’re not in America, we’re in England, mate.’

Mr King said Ali was holding a phone and the witness could hear the knife sister ‘screaming’ and looked ‘hysterical’.

“I said why do you want to die? You talk to your sister, how will she feel if you die?” Mr. King told the police.

Mr King said two officers in plain clothes and carrying ‘batons’ arrived and told the attacker to ‘put the knife down’.

The witness added: “With nothing on me (weapons), I was just trying to calm him down.

“Then your boys arrived, problem solved.”

Earlier, witnesses told the court that Ali looked ‘self-satisfied’ after stabbing the MP to death and looked like he had ‘achieved something’.

Julie Cushion, who was Sir David’s constituency assistant and ‘a close friend’, said she heard a ‘scream’ and ‘froze in the moment’ after a colleague revealed the MP for Southend West had been attacked.

She became emotional on the witness stand as she recounted how Rebecca Hayton “came running towards me screaming that David had been stabbed”.

Asked how Ali dealt after the MP was stabbed, Ms Cushion replied: ‘Complacency is how I would describe it.’

In a police interview broadcast outside the court, Ms Hayton told officers she was in the room with Sir David when Ali said ‘sorry’ and allegedly stabbed him ‘straight in the stomach’.

“I think he stabbed him again.

“I could see David screaming.”

She added: “I saw (the knife) go in once and getting up (Ali) continued.”

In a video interview with police, Ms Eaves told officers Ali had made it look like he had ‘realized something’ after the stabbing.

Ali, dressed in a black robe, sat in the dock during Wednesday’s hearing, flanked by three security guards.

Screens were installed in the court which meant witnesses could not see the defendant, or anyone sitting on the press benches, while they testified.