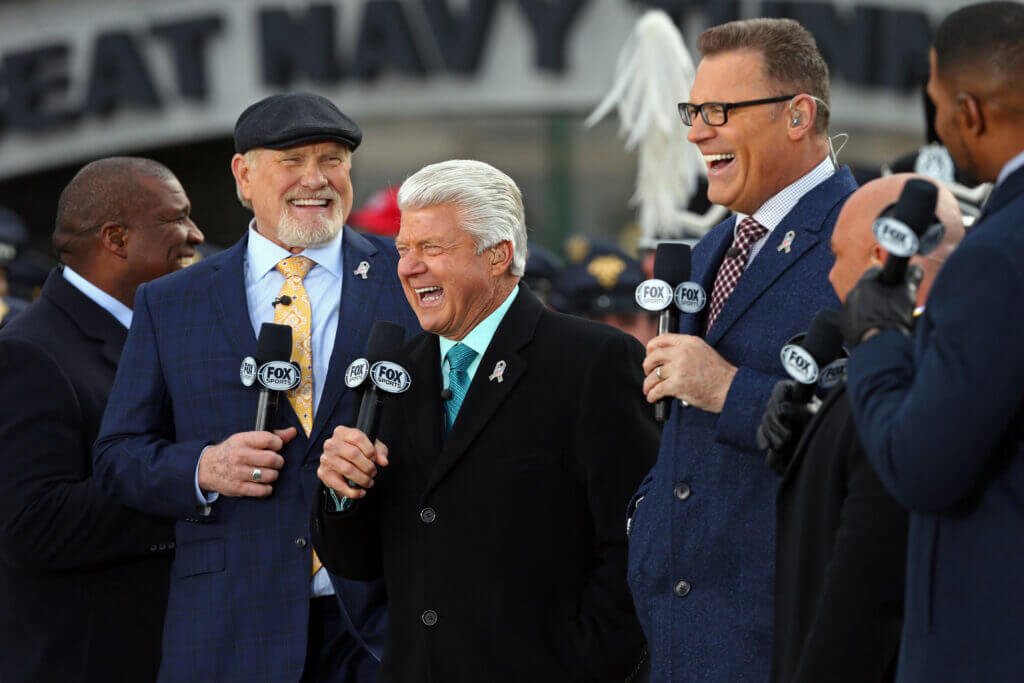 Welcome to the 29th Media Mailbag for The Athletic. Writing a mailbag – no matter how self-absorbed – is always a fun exercise. Thank you for submitting your questions through the website and app. There were over 200 questions, so this will be a two-part discussion. Part 2 will be released on Wednesday.

(Note: Questions have been edited for clarity and length.)

How long do you expect “Fox NFL Sunday” to continue in its current iteration? Terry Bradshaw is inconsistent, Jimmy Johnson is not on set half the time and Curt Menefee is mostly a bump on a log. Howie Long is the only one worth listening to at this point. – Troy H.

First of all, let me be clear that I don’t agree with this description of Menefee. He has the most important characteristic for a quality sports studio host – he’s egoless on air and lets analysts on set get the greatest light. Specific to your question, this group will stick around for as long as each individual talent wants to avoid a crazy salary negotiation. “Fox NFL Sunday” has surpassed its counterparts on CBS, ESPN and NFL Network for several decades. They cite that they have been America’s most watched NFL pre-game show for 27 years in a row, which is true if you don’t count NBC’s “Football Night In America” as a TV show. ‘pre-game.

Yes, they have historically had the NFC package which gave them a major city edge, but viewers just love this bunch. The day before yesterday, “Fox NFL Sunday” averaged 4,433,000 viewers, up 1% from last year’s average of 4,385,000 viewers. At some point, of course, they’ll have to bring in a whole new cast outside of Michael Strahan, but that’s a few years away.