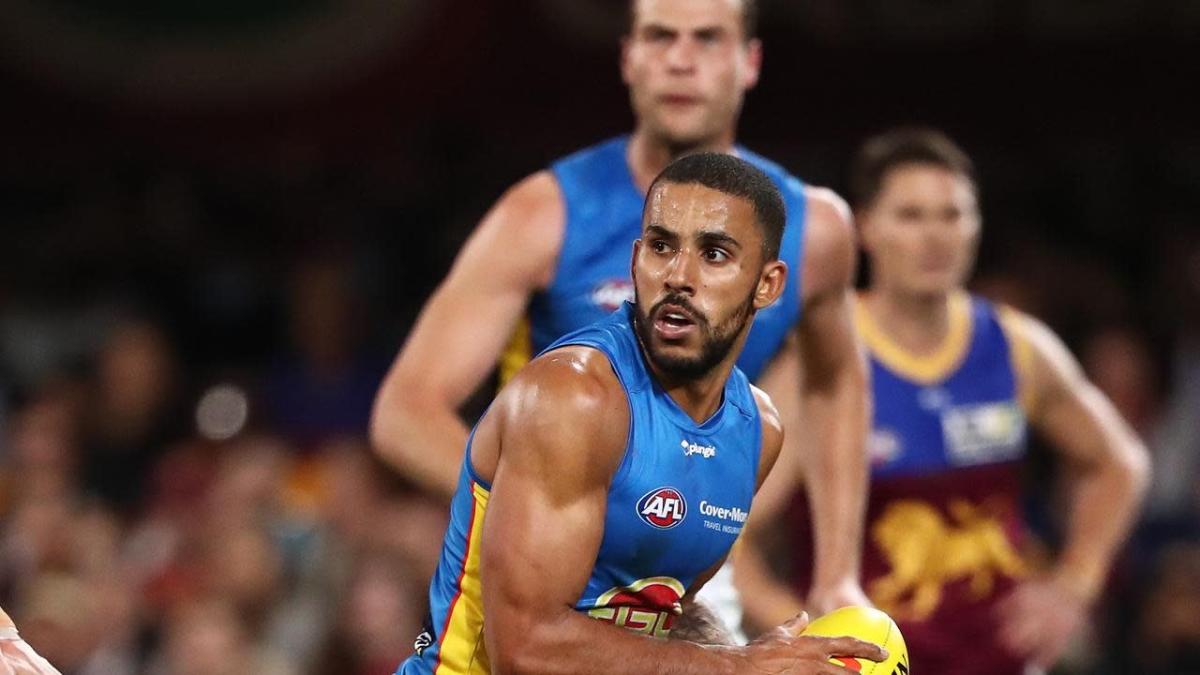 Touk Miller admits it’s a long shot but he hasn’t given up hope of the Gold Coast crushing the AFL final.

The Suns’ hopes of a first appearance in the final were hit hard in their 17-point loss to Brisbane in a hard-fought Q-Clash on Saturday night.

That left Stuart Dew’s side two wins and one percentage behind the eighth-placed Western Bulldogs with four rounds to go in the home-and-away campaign.

They now face a vital battle with West Coast at Metricon Stadium on Sunday and need more results to fall in the home race.

But co-captain Miller was buoyed by the wildly unpredictable nature of the season so far, noting the door is still slightly ajar.

“It was really disappointing to lose (to Brisbane) but we still have four games to have a long chance in the final,” Miller told reporters on Monday.

“You just have to watch football week after week and it feels like it never ends with what can happen.

“The implications for any team currently in the top eight are becoming increasingly drastic.

“We have to keep our (targets) high and hopefully we can still get there.”

Gold Coast led the Q-Clash by seven points three quarters from time before being leapfrogged in an eighth straight loss to Brisbane, whom they have not beaten since 2018.

Miller saw signs in the competition that bode well for the coming weeks when the Suns take on the Eagles, Hawthorn, Geelong and North Melbourne.

“It wasn’t the game we wanted – obviously we wanted to win – but I think we still played a really good brand of football for the majority of the game,” Miller said.

“They probably broke us at the end, just in the last 10 minutes, but I think we came in with a really good mentality that we wanted to be physical and make a little statement.

“I thought we were capable of doing it, but unfortunately we were on the wrong end of the (result).”

pharma: the FMCG is spicing up, pharma is launching into diagnostics