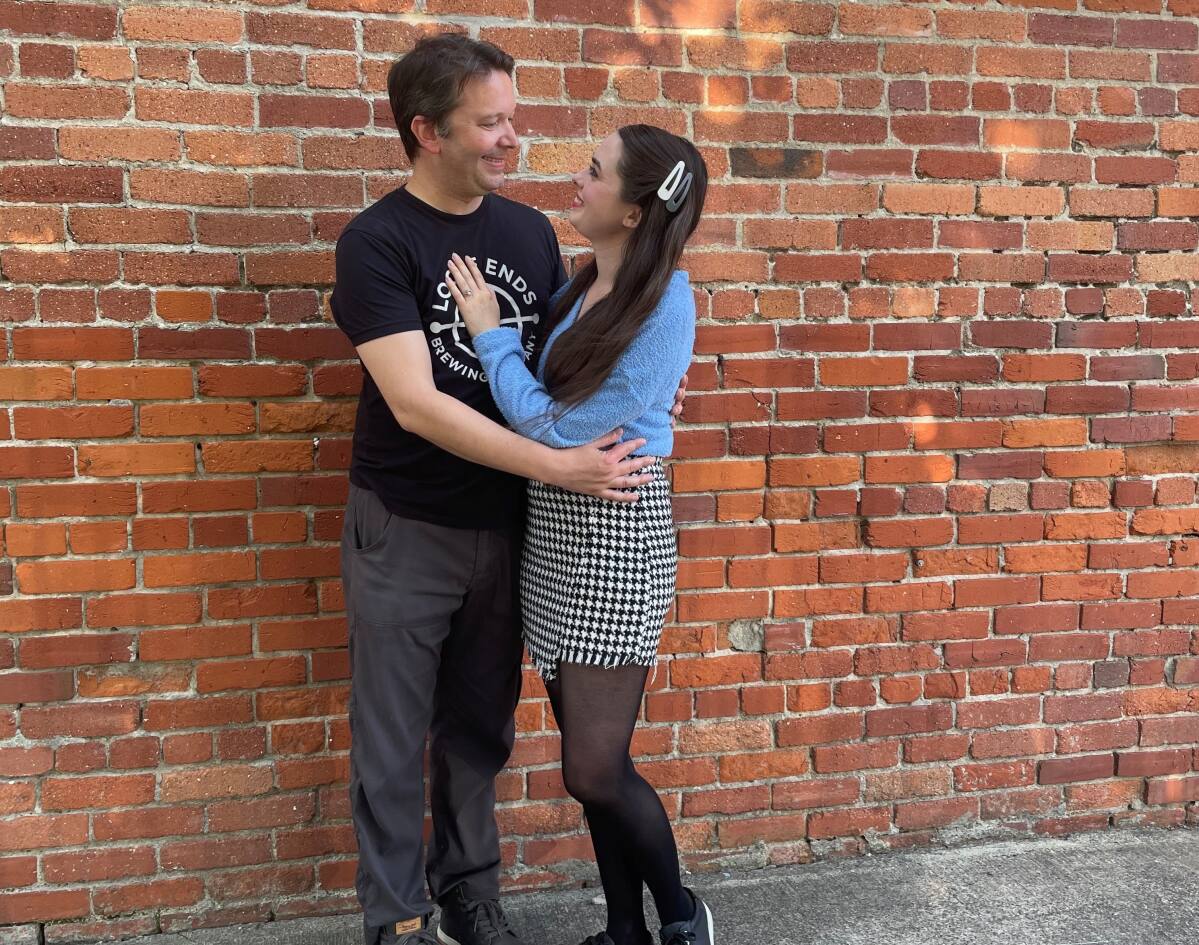 Audiences who attended the April 24 matinee performance of “Hank Williams: Lost Highway” at the 6th Street Playhouse in Santa Rosa got more than they expected.

Not only did they see the theatrical production of the country-western jukebox musical, but they were also treated to an on-stage marriage proposal from actor and musical director Steve Lasiter to his girlfriend, actress Jennifer Barnaba.

Now the couple want to know if any members of the public captured the moment on their cameras.

Barnaba and Lasiter, two musical theater professionals who perform regularly across the country, met four years ago while working on a play in Alaska. Together they perform approximately once a year at the Santa Rosa Theater.

While the COVID-19 pandemic has kept them off stage for the past two years, they returned to Sonoma County this spring to star as Hank and Audrey Williams alongside local stars like Levi Lloyd in the latest 6th Street Playhouse musical. Only this time Lasiter had an engagement ring waiting backstage.

“We’ve had the ring for a little while now, we picked it out together to make sure it was all she wanted,” Lasiter said. “So the cat was already a bit out of the bag.”

What Barnaba didn’t know was when and where Lasiter would ask the question. She certainly didn’t expect this to happen on stage.

“We travel so much that we don’t get to be with family and friends,” Lasiter said. “I decided (to propose) on stage because you get to know the people in your cast, they become your family in a lot of ways; and also to share it with the audience; and also to surprise Jen.”

“It was at the end of the show, we do a bow and then sing another song,” Barnaba said. “He usually talks to the audience before the last song, and he started talking to them a little more than usual. Then he turned to me.”

Reactions to the proposal from other onstage cast members and audience members ranged from gasps to tears. The only thing that didn’t happen was the video that Lasiter arranged in advance. The couple wonder if any of the audience members were quick enough to document the proposal on their smartphone. Barnaba has already posted the request on Reddit, but so far they have had no luck finding any photos or videos of the occasion.

“We saw a few cameras during the whole process,” Lasiter said. “We never know.”

“Hank Williams: Lost Highway” ends its run this weekend. Lasiter, Barnaba and several other artists will also take the stage at the 6th Street Playhouse on Sunday at 7:30 p.m. for the sold-out Country Jukebox All-Stars concert to benefit the theater. For more information, visit 6thstreetplayhouse.com.

Impact of COVID-19 on Online Payday Loans Market Share, Size, Trends and Growth from 2022 to 2031 – themobility.club