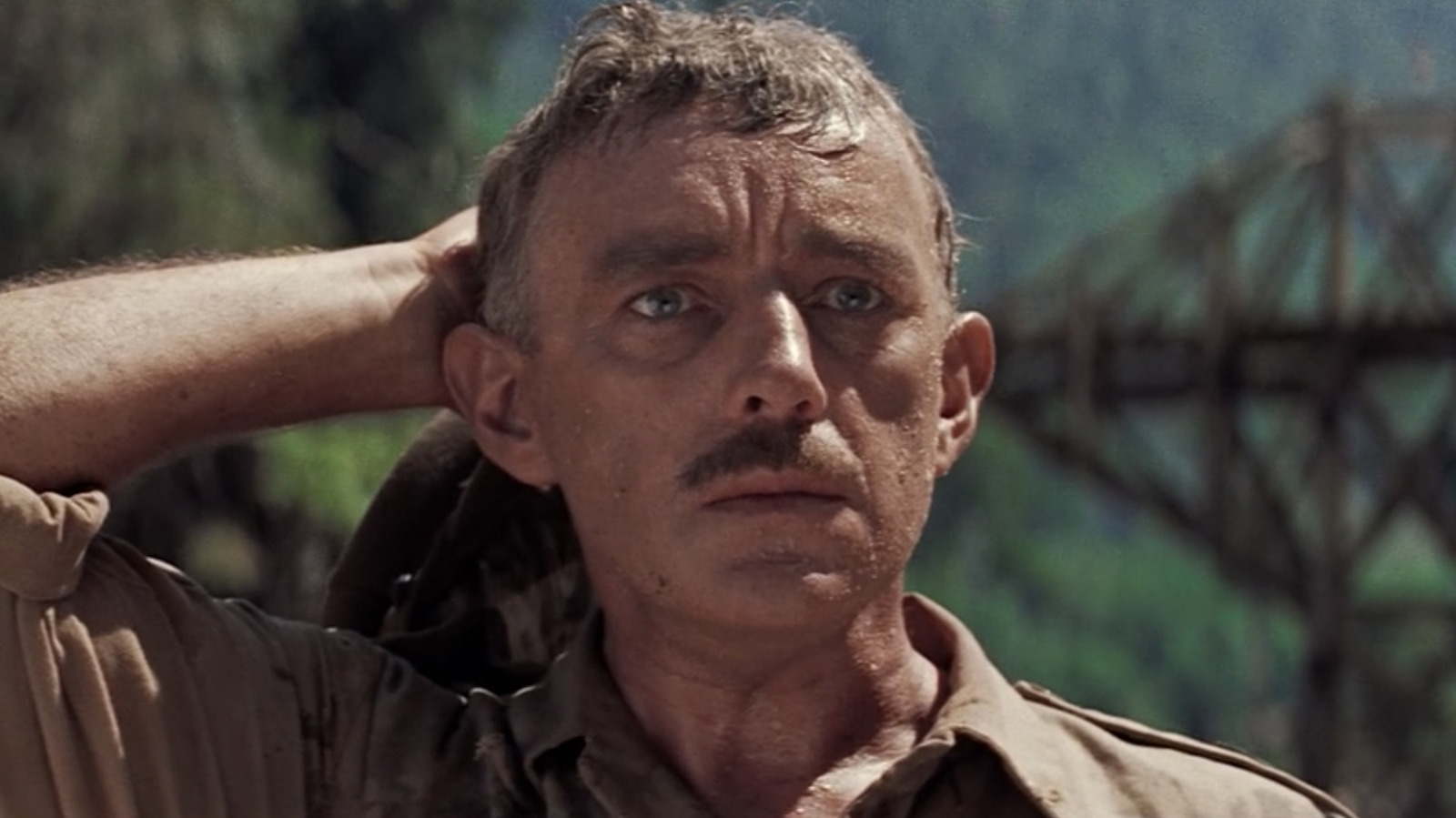 It’s hard enough to think of a more devastating four-word question than “What did I do?” – not only are these mournful and regretful words, but they usually come after something terrible has happened. These are the words of someone who sees the error in his ways but is unable to correct his course in time. “What did I do?” is the last line spoken by Colonel Nicholson, played by Alec Guinness. He was the chief officer of this imprisoned battalion, fully motivated by his duties as a soldier of the crown and respecting the wartime rules of engagement. Nicholson doesn’t want to admit it, but he’s an exceptionally proud man.

His men are tasked with building a bridge over the titular River Kwai, and Japanese Colonel Saito (Sessue Hayakawa, who earned an Oscar nomination for the role) insists that officers help with the work, which goes against of the Geneva Convention. Nicholson is too keen to point out this fact and is essentially kept in a hot box of isolation for days. While the rest of the men initially sabotage their work to avoid helping the enemy, Saito makes a deal with Nicholson and lets the British oversee the construction. Instead of following the motivation of his men, Nicholson wants to prove British excellence in building the perfect bridge, and he begins to impose all the rules on his men that he once maligned Saito for enforcing, often going further than him.

What Nicholson doesn’t know is that there is a mission planned to destroy the bridge by the British Army, led by Major Warden (Jack Hawkins) and US Navy man Shears (William Holden) , who had escaped from prison and was presumed dead. . When Nicholson sees the plan in action, with people all around him dying, and knowing how he actively tried to stop the demolition, all he can say is “What have I done?” before using his last moments to trip and fall dead on the detonator. He is a man who had no idea of ​​his pride, someone who wanted to prove that he was a better man than those who opposed him. Guinness plays Nicholson with the stiffest upper lip you’ve ever seen, and seeing that complete mental breakdown when he utters those words makes that devastation all the more palpable. These four words have probably never been used as well in the cinema as here.