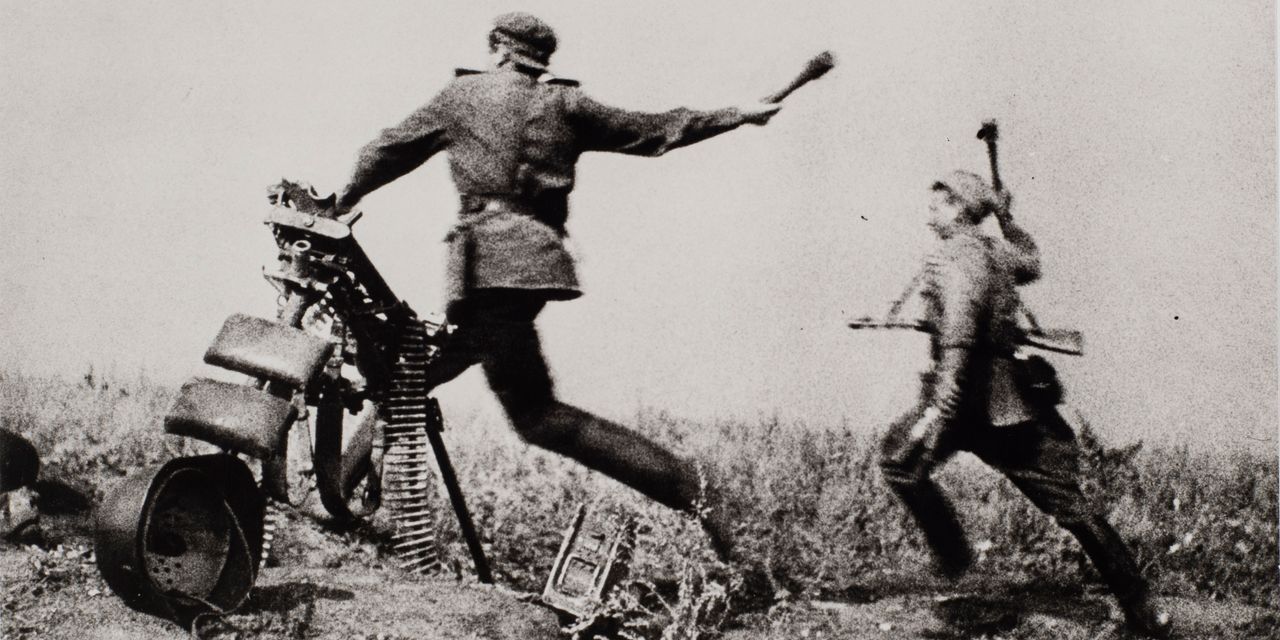 “The New Woman Behind the Camera” Review: Canon Fodder

â€œThe New Woman Behind the Cameraâ€ at the Metropolitan Museum of Art covers a lot of ground. More than 120 photographers from over 20 countries are enlisted to support the thesis that between the 1920s and 1940s, women photographers, in unprecedented numbers and on a global scale, opened up new artistic perspectives for themselves and for other women.

The new woman behind the camera

The idea for this global history of gender-centric modernist photography arose from Andrea Nelson, associate curator in the Department of Photographs at the National Gallery in Washington and editor of the massive catalog. Covid-19 thwarted plans for a September 2020 opening there, so it’s making its debut here. (The National Gallery will finally welcome it in October.)

Along with Mia Fineman, Curator of Photography at the Met, Nelson chose to group the 185 prints, photo books and related materials not by region but around themes, such as “The City”, “Fashion and Advertising”, ” The Studio â€,â€œ Social Documentary â€andâ€œ Modern Bodies â€.

Although the term “The New Woman” may be difficult to define (it dates from the 1890s), the exhibition argues that the deluge of photographs by women after World War I can be seen as another expression of their regained freedom. . The first gallery contains more than a dozen examples of women – from China, India, Japan and Argentina, as well as Europe and the United States – photographing themselves or other photographers. , suggesting that the camera was central to their identity.

Designed to correct for omissions in the canon and to celebrate unrecognized women from nations that photography historians have generally ignored, the show sacrifices vast displays of individual art in the name of geographic expanse. No photographer has more than six prints in view, and a significant proportion – including Imogen Cunningham, Helen Levitt, Barbara Morgan, Lotte Jacobi, Consuelo Kanaga, Lillian Bassman, Lisette Model and Charlotte Rudolph – have only one. .

A few photographers seem to be here primarily to illustrate the ubiquitous reach of Modernism. For example, in my eyes, the only reason a dark line of teacups (1935) by Olive Cotton made it into “Avant-Garde Experimentation” is that Cotton was Australian, the only one in the series. Fortunately, however, the quality of the other relative unknowns that Ms. Nelson chooses is remarkably high. Most of the most inventive images were taken in Germany.

Cami Stone’s “Night Shot, Berlin” (c. 1929) describes the city as a cobweb quivering with electric lights. Ilse Salberg’s (1938) close-up of a man’s muscular shoulder and chest obscenely focuses on the wispy strands of hair protruding from his armpit. Eva BesnyÃ¶, a Hungarian with a studio in Berlin in the 1930s, is only represented here by the photograph of a sweaty man wielding a shovel. His vision of his half-naked back and baggy pants is nonetheless visually vivid – and a political critique of the proletariat as a beast of burden: it is seen as any body, headless. In Trude Fleischmann’s portrait of Alban Berg (circa 1934), his tight cropping of the composer’s large and elegant head implies that every part of him, even the hairline, was musical.

Galina Sanko, on the other hand, is a worthy find. The Russian’s 1943 action shot of soldiers about to throw their hand grenades is as vibrant and up-to-date as her 1943 group portrait of prisoners in Stalingrad being transported on a sleigh is dark and timeless. Wrapped up against the winter cold, the dark cuts against the snow and the smoky ruins of the buildings, they are like the characters in a parable by Bruegel.

If Ms. Nelson intends to explain the worldwide phenomenon of the New Woman, and the role of photography in the process, the decision to exclude men is curious. Male photographers (and directors) were equally, if not more, responsible for creating the image in the popular mind of modern-day women as strong, daring, talented and independent. Without examples from Man Ray, Paul Strand, LÃ¡szlÃ³ Moholy-Nagy, Martin MunkÃ¡sci, AndrÃ© KertÃ©sz, Robert Capa and many others, any illustrated story of liberated femininity is half finished.

The presentation is also curiously ahistoric. Despite an abundance of striking images in every room, no attempt is made to identify the most influential female photographers of a country or period, nor to assess their exemplary images.

The legacy of revisionist inquiries like this resides in the smaller, more focused exhibits that are sure to stem from the tremendous research that Nelson and her catalog collaborators have done. Audiences might not be happy with the plot of this show, but curators in the future will be grateful for the new characters it has introduced.

-Mr. Woodward is an art critic in New York.

Who will start in left tackle for the Eagles in 2021? Termination of training camp