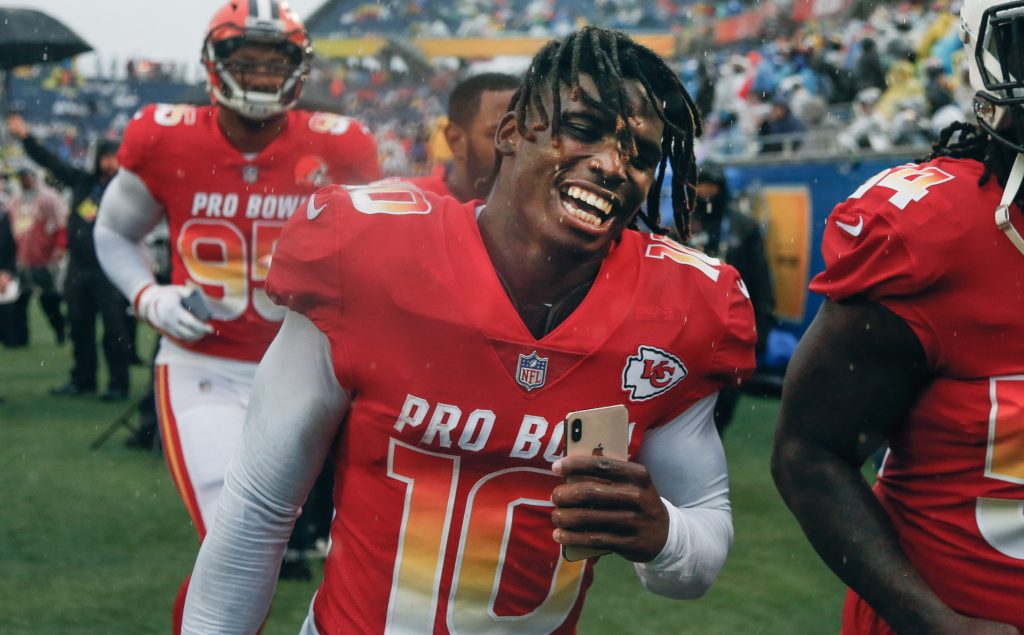 He came out after Tyreek Hill exchange that the finalists to clinch the All-Pro wide were the Jets and its eventual touchdown spot, the Dolphins. Since both teams had similar value trade packages lined up, Hill’s destination became his own choice. However, it seems that New York was never really a serious consideration for him to pursue his career.

Asked about the trade, Hill replied, “How close was I? WHO? The Jets?… I knew I was going to pick Miami no matter what because I’m basically from here, I’m here all the time. This is home for me, for us” (Twitter link via NFL Network’s Mike Garafolo).

The first opportunity for the Douglas, Georgia native to sign an extension would actually come from New York, adds Garafolo (Twitter link). The Jets had a trade in place with Kansas City, then “went to work on a contract with Hill.” However, once Miami got involved in their respective bids, Garafolo describes it as “only a matter of time” before Hill becomes a dolphin.

As ESPN’s Rich Cimini tweet, the Jets “knew it was a long way” to land Hill, but they were eliminated from the competition once Miami became an option for Hill. Part of the reason he did so – other than his personal connection to City – may have to do with his role on the pitch. Garafolo’s colleague, Cameron Wolfe, reports (on Twitter) this new head coach Mike McDaniel can try to use it in a way that is “similar” to what he and Kyle Shanahan made with Deebo Samuel in San Francisco.

In total, there were 12 teams with whom “serious discussions” took place regarding Hill (Twitter link via Barry Jackson of the Miami Herald). Ultimately, however, the league’s highest-paid wide was able to not only secure a new contract, but also join his new favorite team in the process. The Jets, meanwhile, will go forward knowing that they were also ultimately run in the process.