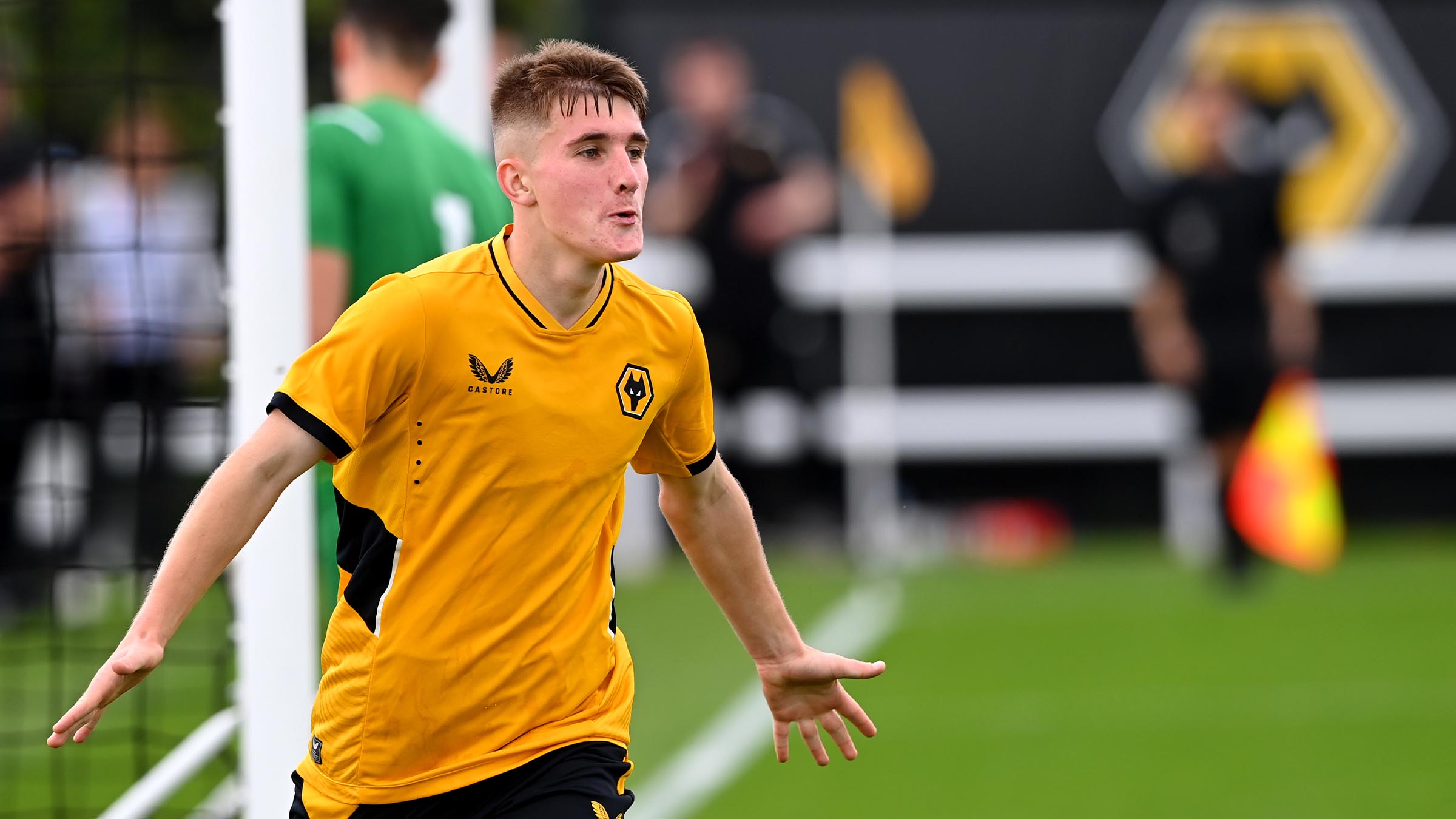 Wolves Under-18 continued their impressive recent form but had to work hard in a narrow home win against an Everton side who started the day fourth and four places higher than Wolves, whose season is a long way off to be finished five games behind their league rivals. .

In what was a quiet and hotly contested 20-minute opener, Everton looked marginally the most likely to break the deadlock. Toffees captain Halid Djankpata had the first real chance of the day when he dropped a shoulder to work an opening, beating several Wolves defenders, but he was off balance and the shot flew well wide of the mark.

The visitors closed in minutes later, with another chance created by their inverted wingers cutting inside a crowded Wolves penalty area. This time it was Owen Barker who darted from the right flank before unleashing an effort that went over the bar.

Having just been denied a one-on-one by a tug on the shirt, Everton’s Martin Sherif was heavily involved once again when the ball kindly popped him into the unmarked Wolve box. He had time to fire a powerful shot but to the hosts’ relief the shot went straight to Jimmy Storer’s throat in the Wolves net.

Everton’s pressure became relentless however when tricky winger, Isaac Heath moved close to the opener, with his curling shot from long range jostling Storer but could only shake the post.

As half-time approached, it was the home side’s turn to attack, as they prepared for their own opener. A ball was swept away by Wolves captain and talisman Tyler Roberts into space on the attacking right flank. He controlled the change of play effortlessly before displaying scintillating skill to squirm and weave between two Everton defenders before whipping a low ball across the face of goal. He was met by the rushing Owen Farmer who failed to keep his shot low and the effort, deserving more, flew high and wide from close range. It was to be the last action of a lively but unsuccessful first period.

In the early stages of the second half, it was the hosts who started the brightest on both sides, as they patiently moved the ball left and right. Farmer found himself central with the ball at his feet and with Fabian Reynolds in space to his left. Farmer found Reynolds with a simple layoff before rushing behind the Everton defense to receive the return pass and coolly place the opener from close range.

Wolves then began to find their rhythm with the opening goal instilling Steve Davis’ side with the confidence to create big chances for a second and a third. Tyler Roberts saw himself through on goal, once again displaying his devastating pace to afford the extra yard of space, but the angle was tight and the captain’s shot hit venom but easy for the goalkeeper. ‘Everton, Dylan Graham to hold, go down quickly to his near post.

Even better luck came moments later when Temple Ojinnaka played a perfectly weighted ball behind Everton’s high line and into the path of striker Farmer, who again looked to combine with Reynolds who found himself free at the back post. Farmer whipped in an early cross and any contact from Reynolds would surely have seen the home side double their advantage.

With 20 minutes to go, the hosts worked a superb counter-attack with a first pass to find their second goal so close. Farmer was found on the break and a clever but subtle first touch took him away from his marker. He found Roberts on the straddle whose cross switch gently deflected toward Ojinnaka in space. Wolves’ number 10 picked Reynolds’ forward run perfectly with a well-weighed ball and the former’s assistant found himself on the Everton keeper. His touch was good but his left-footed shot, while avoiding Graham’s diving reach, could only hit the upright before he was clear of danger.

The last 20 minutes of the match were characterized by half chances created by both teams and several stoppages which did not allow the game to find and follow a rhythm.

Davis said: “I was [really pleased]. I thought the first half was pretty tight, both teams were really going there and trying to win the game, trying to get a foothold in the game.

“In the second half there was a slight adjustment to what we were trying to do, going a bit more forward in terms of setting up, we pushed Josh [Esen] a little higher to get a little closer to Owen [Farmer] who I felt was a bit isolated in the first half.

On managing a contested schedule

“I think you just have to take each game at a time because there are so many. We have Tuesday, Saturday, Tuesday, Saturday pretty much by the end of the season because obviously we’ve had a lot of canceled games with the FA Youth Cup so we have to make up for them.

“I guess it will depend at the end of where we end up in the league, but I think for us it’s about making sure we’re competitive and we give our all for every game and we see an improvement with the players.”

On the integrated and impressive young players

“Mason [Rees], who played a lot of games at 18 this season anyway, and last season, probably had one of the best games he had today, I think he was excellent. Fabian I thought grew in the game, got better as the game went on, and for the last 15, 20 minutes he was excellent and showed a glimpse of what he is capable of, so again really satisfied of his performance today and how he stepped up the 18s. Then you have Makenzie Bradbury, Conor McLeod and Fabian Salmon who are 15 and 16 years old.

“Obviously [Caden] Voice, who played left centre-back today, who is under 15, I think he did very well considering he was up against a very big, strong striker, I think he also need applause because I thought he was excellent. I coped very well with that physical and grew even more in the game, gained confidence being a goal and gained confidence as the game went on.

“Look, it’s now a time of year where obviously all the second years have pretty much gone to the 23 schedule, so it’s time to look at the 15 and 16, the best we have, and give them some opportunities and see how they do.

“We have Liverpool and [Manchester] United next week we have Middlesbrough away the day after Good Friday so we have some tough games ahead but as I say we will take it each game at a time see what group we have [available] Tuesday, the guys will have to recover from today. I think that will be pretty much what we had today, we will have Tuesday and a tough game. Like I said, every game we play in this league is always competitive, there are always good players we play against.

“But we seem to be holding on and the players, from my point of view, are developing well and it’s nice to see the second years who have entered the 23s doing very well in the 23s, they have a good chance at the playoffs now and hopefully we can get there as a group. I think we have talent in the group and they’re all going in the right direction right now, so we just have to keep them on that path.