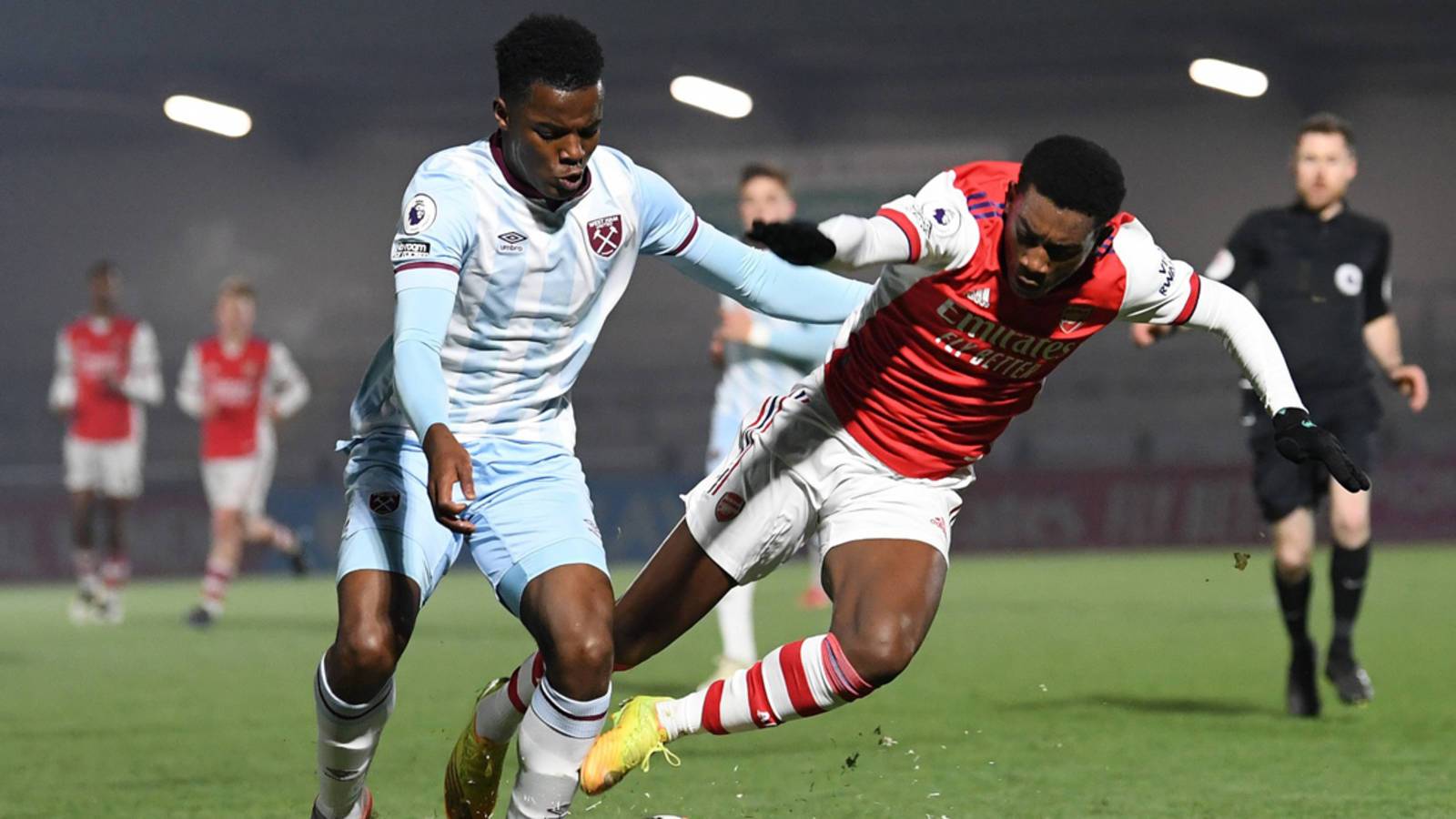 We turned on style in the floodlights at Emirates Stadium to beat Chelsea and claim a place in the quarter-finals of the Papa John’s Trophy.

It was the visitors who had the first real chance of the game after just five minutes, Karl Hein was forced into a smart save to prevent Lewis Baker from close range, tipping a well-taken shot around the post.

That early scare proved the perfect wake-up call for us as we took the lead soon after, James Olayinka converting from close range after Joel Lopez’s effort from outside the box deflected invitingly at the feet of our midfielder.

Olayinka’s night was unfortunately cut short a few minutes later due to a freak injury after he blocked a powerful effort on goal which forced him off the pitch on a stretcher and was replaced by Tim Akinola.

The visitors were then reduced to 10 men after Xavier Mbuyamba brought down Mika Biereth as the last man when he was on goal.

But Chelsea were undeterred by losing a man and equalized soon after, Jayden Wareham finding the bottom corner past Hein with a hard-hitting kick from the edge of the box.

Biereth restored our lead moments before the break, showing great composure in the box to bring down Mazeed Ogungbo’s lobbed cross and finish well past Teddy Sharman-Lowe.

Omari Hutchinson scored our third midway through the second half, producing a sublime curling effort from the edge of the box after passing several defenders in the build-up.

Our winger was replaced moments after scoring by Marcelo Flores, who made his debut at this level with an impressive strike into the bottom corner after the Chelsea defense gave him too much time.

Flores nearly scored his second and our fifth of the night after great work from Jack Henry-Francis, but his effort was remarkably cleared off the line by Xavier Simons.

The final whistle was met with huge cheers from the fans inside the Emirates Stadium as we continued our remarkable run in the competition.

We progress to the quarter-finals of the Papa John’s Trophy, where we will face Ligue 1 top-flighters Wigan Athletic.

The draw will be played the week of January 24.

Our Under-23s will face West Ham on Friday January 14, while our Under-18s will also be in action against the Hammers, away on Saturday January 15.

Copyright 2022 Arsenal Football Club plc. Permission to use quotations from this article is granted subject to proper credit being given to www.arsenal.com as the source.