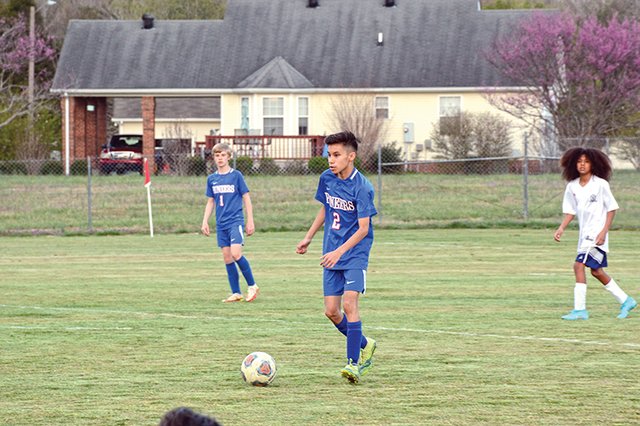 The teams were tied in the first half with neither scoring thanks to good defence.

WC defender Bryan Garcia made a lot of good moves in the first half, sliding in the ball to get it out of bounds when Franklin County had control. He wasn’t afraid to fly around the field.

WCMS keeper Jonas Bailey also kept the Pioneers in the game with some impressive blocks, including one early in the game where the ball ricocheted off the goal where a Franklin County striker had a chance to score.

Bailey blocked the close-up and prevented a goal, and he continued that success throughout the night unafraid to go down for the ball. The first half ended scoreless, but the Pioneers exploded in the second half.

Two minutes into the half, Hector Marquez scored the first World Cup goal with his header, giving the Pioneers plenty of excitement for the rare shot. Building on that momentum, Ronny Orellana scored his second goal soon after, 2-0.

Franklin County managed to get the ball closer to the goal, but the Warren County defensive team kept Franklin from pointing everything. Gabriel Cordova is a consistent ballplayer for the Pioneers and that was especially true Monday night.

Cordova had impressive footwork and hit a long shot with less than 10 minutes left to make it 3-0. Cordova made another long shot that looked like it was blocked by the Franklin County keeper, but the ball went through his hands to give WC one last goal with 3 minutes to play.