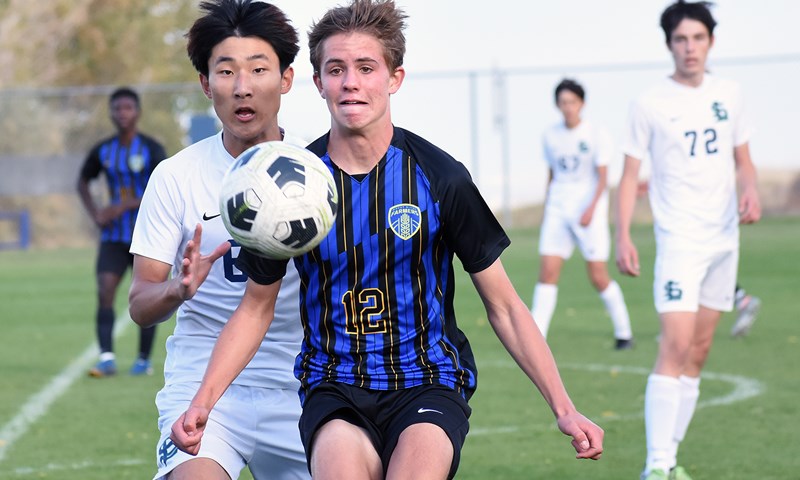 
ARVADA – The Jeffco League Class 4A men’s football title is up for grabs and Wheat Ridge knows it could be in the farmers’ hands if they mind business.

“I’m very excited about this opportunity,” Wheat Ridge senior Marco Neswadi said as the Farmers were on the verge of winning a conference title. “My team has worked hard. I am ready to seize the moment.

Wheat Ridge (10-3, 5-1 in 4A Jeffco) closes out its league schedule with two huge games that will help decide the conference champion. The Farmers will face Evergreen at 7 p.m. Thursday at the NAAC. They wrap up the championship game against rival Golden on Thursday, October 20 at Lakewood Memorial Field.

“With Evergreen and Golden remaining, it’s all under our control,” Wheat Ridge coach Nate Flack said. “We talked about doing the little things right.”

Going into Tuesday’s action, Golden, Evergreen and Wheat Ridge were all in a tight chase for the championship title. Littleton and Conifer were just behind the top three in the standings.

Wheat Ridge started league play on September 20 with a 1-0 loss to D’Evelyn. Since that loss, the Farmers have beaten Conifer in double overtime and rallied late last week to beat Littleton.

Wheat Ridge broke the scoreless tie in the 23rd minute against the Gators (2-10-1, 0-5-1). Standley Lake freshman goaltender Travis Fredrickson made the first save on a point-blank shot by Neswaldi. However, Wheat Ridge sophomore Jacob Tims was able to grab the rebound and pass Fredrickson to give the Farmers a 1-0 lead.

“I was happy we scored,” Neswadi said after saving his shot from close range. “It’s perfect. It’s a team goal.”

Three goals were scored within three minutes of the second half. Wheat Ridge rookie Jacob Harrison gave the Farmers a 2-0 lead in the 69th minute, but Standley Lake responded in the 71st minute with a laser shot from second Wilson Poveda Jr. that passed the junior goalie of Wheat Ridge, Bryan Vera Ruiz.

The Farmers fought back seconds later with a slid goal from junior Ethan Craner off a crossing pass from junior Bernard Jakab to make the final score 3-1.

“We didn’t play our best football tonight, but we did enough to win,” Flack said.

Flack emphasized to his team that many things are beyond his control, but farmers can control their work ethic and attitude.

“I don’t feel any pressure,” Neswadi said ahead of the final two games with the league title on the line. “When we go out, we’re going to have fun and enjoy the moment.”

Can Zion Williamson take the Pelicans to another level?